Why the Breeders' Cup is the World's Biggest Horse Racing Event

Outside of the realm of die-hard horse racing fans, most of the general public will be able to tell you about the Kentucky Derby or Triple Crown before they mention the Breeders' Cup®.

But what if we told you that the Breeders' Cup is the most important horse racing event in the world?

It's quite a big statement, but it's true.

Once considered the odd stepsister of the "Grand Slam of Thoroughbred Horse Racing," the Breeders' Cup has blossomed into an event that garners the most attention in the entire world of horse racing.

But instead of leaving you with blanket statements, let's break down why the Breeders' Cup is the world's biggest horse racing event. 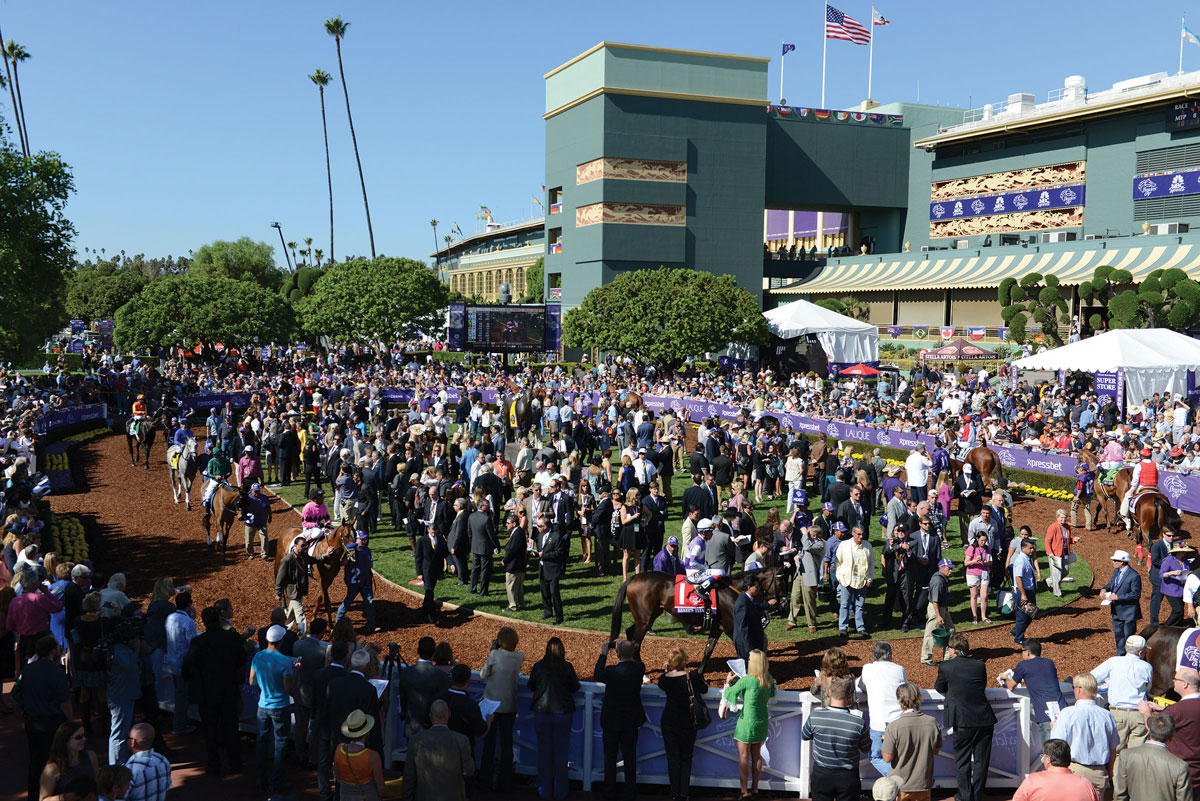 About More than Just the Main Event

But unlike the Kentucky Derby, Preakness Stakes and Belmont Stakes, the Breeders' Cup is about a collection of races.

Each race throughout the two-day span determines a World Champion in a specific class, carrying a weight that makes each of the 14 races can't-miss.

For example, the Breeders' Cup Juvenile offers audiences a look at the best two-year-olds in the world and a sneak peek at the top contenders for the next year's Kentucky Derby.

We'll get into money a little bit later, but the Longines Turf race on Saturday's not only determines the best turf horse on the planet, but also has a higher purse value than any of the Triple Crown races!

Best Horses From Around the World

The Breeders' Cup can truly lay claim to being the biggest worldwide horse racing competition, attracting thoroughbreds from around the world to come to North America and compete.

In fact, this idea of a global competition is why the Breeders' Cup was created in the first place. The idea for the event arose out of a desire to see the best horses from around the world challenge North America thoroughbreds in a competition at the end of the horse racing season.

More specifically, the Breeders' Cup Classic has become a chance for the Kentucky Derby winner to face off against the best from the rest of the world to see which steed truly holds the title of "World Champion".

Also, horses from around the world compete in the Win & In Series, a collection of races around the globe offering free and guaranteed entrance into select Breeders' Cup races.

Age is But a Number

Not only do the Triple Crown races not represent the global footprint of the sport, but their age limits also play a limiting factor in deciding the best horse in the world.

The trio of the Kentucky Derby, Preakness Stakes and Belmont Stakes all are restricted to three-year old thoroughbreds only. While a horse's third year is typically considered its "prime", it still leaves out a large group of horses that can still go at four, five or even six years of age.

A majority of the Breeders' Cup's races don't set an age restriction, but rather a limit. All nine races taking off on November 2 are for horses ages three and up. This creates a more diverse field among the starting gate and allows for horses to improve over time, rather than blowing their one shot at a certain race.

For example, 18 horses over the history of the Breeders' Cup have won one of its race two times. Most notably, Tiznow took the Classic in consecutive years from 2000 to 2001.

A counterpoint to this argument would be that all five of the races on November 1 are restricted to two-year-olds, but all five races are within the Juvenile class — which you must be two to compete in.

The Price is Right

You can't talk about horse racing without talking dollars.

While normally this conversation is reserved for betting odds and the ridiculous payouts that you can leave a track with, the Breeders' Cup is known around the horse racing circuit for the enormous purse that it offers for every race.

Last year at the 2018 event, the total purse for the 14 races over two days was a combined total of $28 million. The Breeders' Cup Classic carried the charge money-wise, holding a purse of a whopping $6 million.

Now, purse size isn't everything in horse racing. The upcoming Saudi Cup in February 2020 will have a total purse of $20 million, but it still doesn't hold a candle to the significance of the Breeders' Cup.

It's a combination of elements, but mostly a mixing of prestige, history and money. When compared to the other three Triple Crown races or the one-off mega million-dollar races on the calendar, the Breeders' Cup tops them all.

The Breeders' Cup is returning to Santa Anita Park in 2019 and you can be there for the biggest horse racing weekend of the year. Join us from November 1-2 with an Official Ticket Package from Breeders' Cup Experiences. Packages include premium seating at the track, exclusive extras, the option to add hotel accommodations and ground transportation and much more!