The Top 8 Winningest American Horse Racing Jockeys of All Time 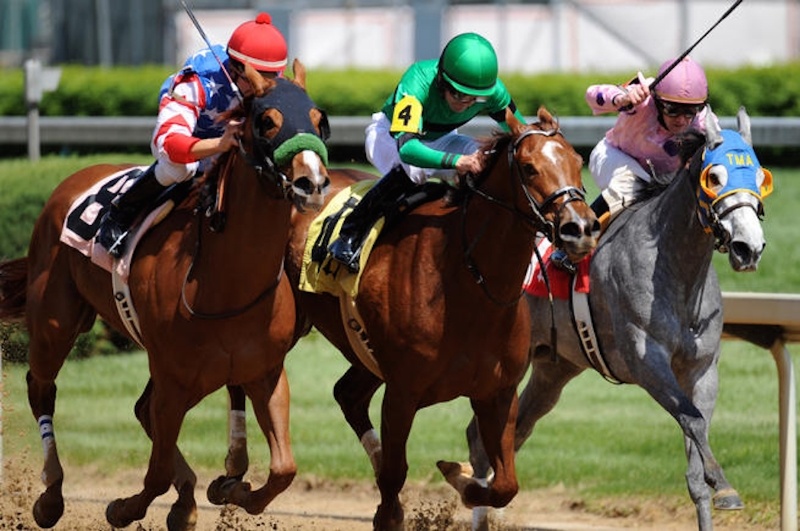 We have seen a tremendous amount of success from these jockeys over the years, and they certainly deserve plenty of praise and recognition. So which jockeys reign supreme? Take a look below at the top eight winningest American horse racing jockeys of all time.

Russell Baze began his racing career as soon as he turned 16, due in part to his racing family. In fact, his father was a jockey himself and trained the horse Baze captured his first win on. Now, he’s been racing for over 40 years and is the all-time winningest jockey in history with 12,717 wins in 53,111 starts. The 1999 Hall of Famer has had participations in the Kentucky Derby and other Grade 1 races, but typically you’ll find him in the lower end spectrum of racing, in particular at Golden Gate Fields.

Laffit Pincay, Jr. is known as one of the greatest jockeys in history with 9,530 wins in 48,486 starts. He began racing in Panama – he learned from his father who was a jockey – before heading to the United States in 1965. During his career, Pincay won the Kentucky Derby, three Belmonts, seven Breeders’ Cup events and seven national championships. He also became the youngest rider at the time to be inducted into the Hall of Fame and the first jockey to hit the 9,000 mark. Pincay was inducted into the National Museum of Racing and Hall of Fame in 1975. 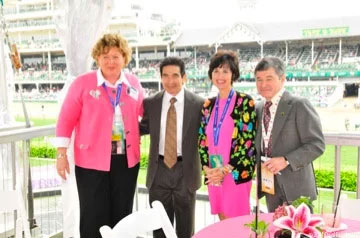 Bill Shoemaker was among horse racing’s most renowned jockeys. During his career, he rode the winners of 11 Triple Crown races – the Kentucky Derby 4 times, the Preakness Stakes twice and the Belmont Stakes five times. Ten times he was America's leading jockey in earnings won; five times he was the leading jockey in races won. In 1958, he was inducted into the National Museum of Racing and Hall of Fame. After his final race in 1990, Shoemaker led the life of a trainer at Santa Anita before retiring in November 1997. He passed away at age 72 in 2003.

Pat Day began his athletic career as a wrestler and then later as a bull rider before going a different direction with riding thoroughbreds. He earned his first win in 1973, and by the late 70’s he was at the top of the national standings and the leading rider at Churchill Downs. He won the Kentucky Derby once, the Preakness five times and the Belmont Stakes three times, and he also won twelve Breeders’ Cup events. He sports a number of professional honors including four Eclipse Awards and induction into the National Museum of Racing and Hall of Fame in 1991. 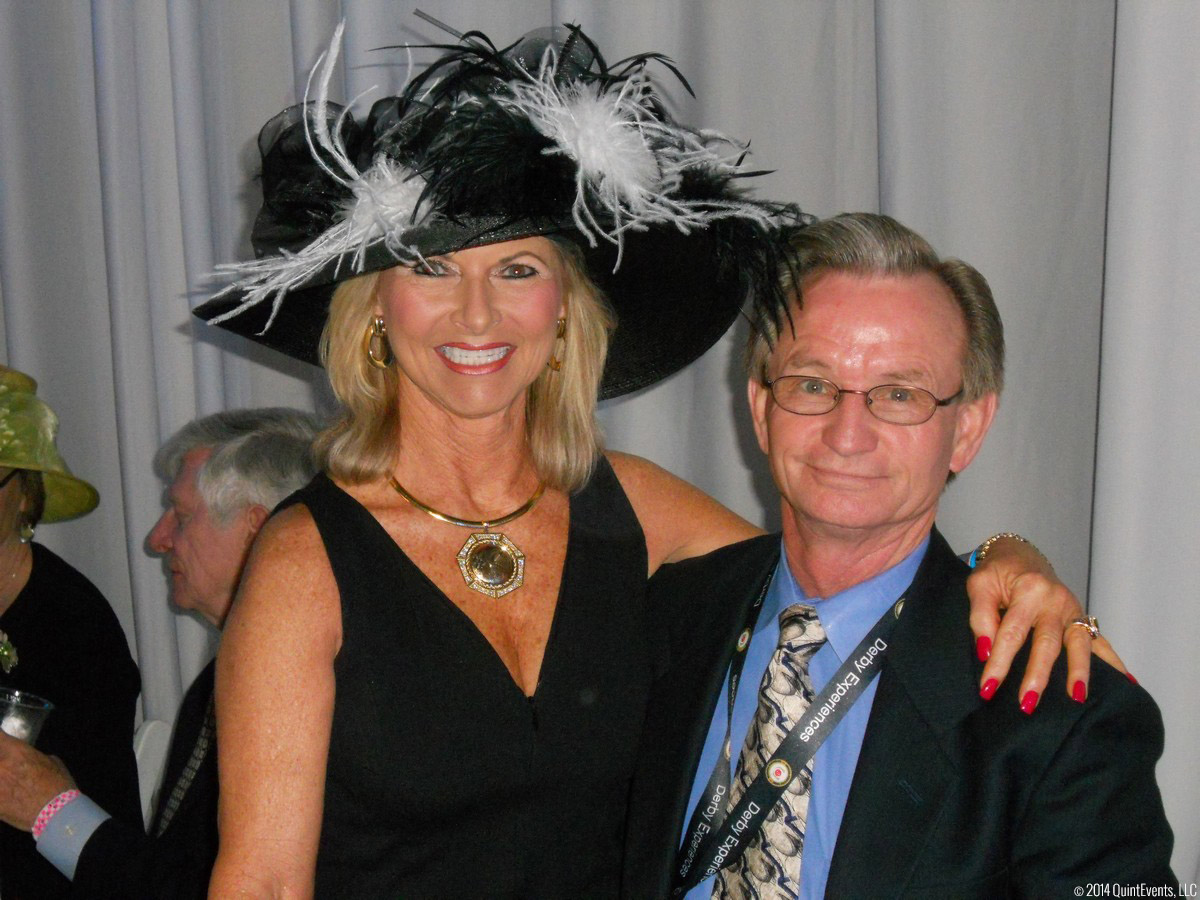 David Gall began his career in Canada before making his home at Fairmont Park in Illinois. He once won eight races on a 10-race card, a record he shares with six other riders. Gall never rode in a Breeders’ Cup or Triple Crown race, and for the most part, stayed out of the limelight even when he was America’s leading rider in terms of victories in 1979 and 1981. He was inducted into the Canadian Horse Racing Hall of Fame in 1993 and remained in the industry as a trainer and owner.

Chris McCarron began riding professionally in 1974 and won the Eclipse Award for Outstanding Apprentice Jockey in the same year. He won nine Breeders’ Cup events, five of which were the Breeders’ Cup Classic. McCarron also won the Kentucky Derby, Preakness Stakes and Belmont Stakes twice each. During his career, this 1989 Hall of Famer led American jockeys in earnings four times and in wins three times. After retiring in 2002, he served as a technical advisor and had an acting role in the movie, “Seabiscuit.” 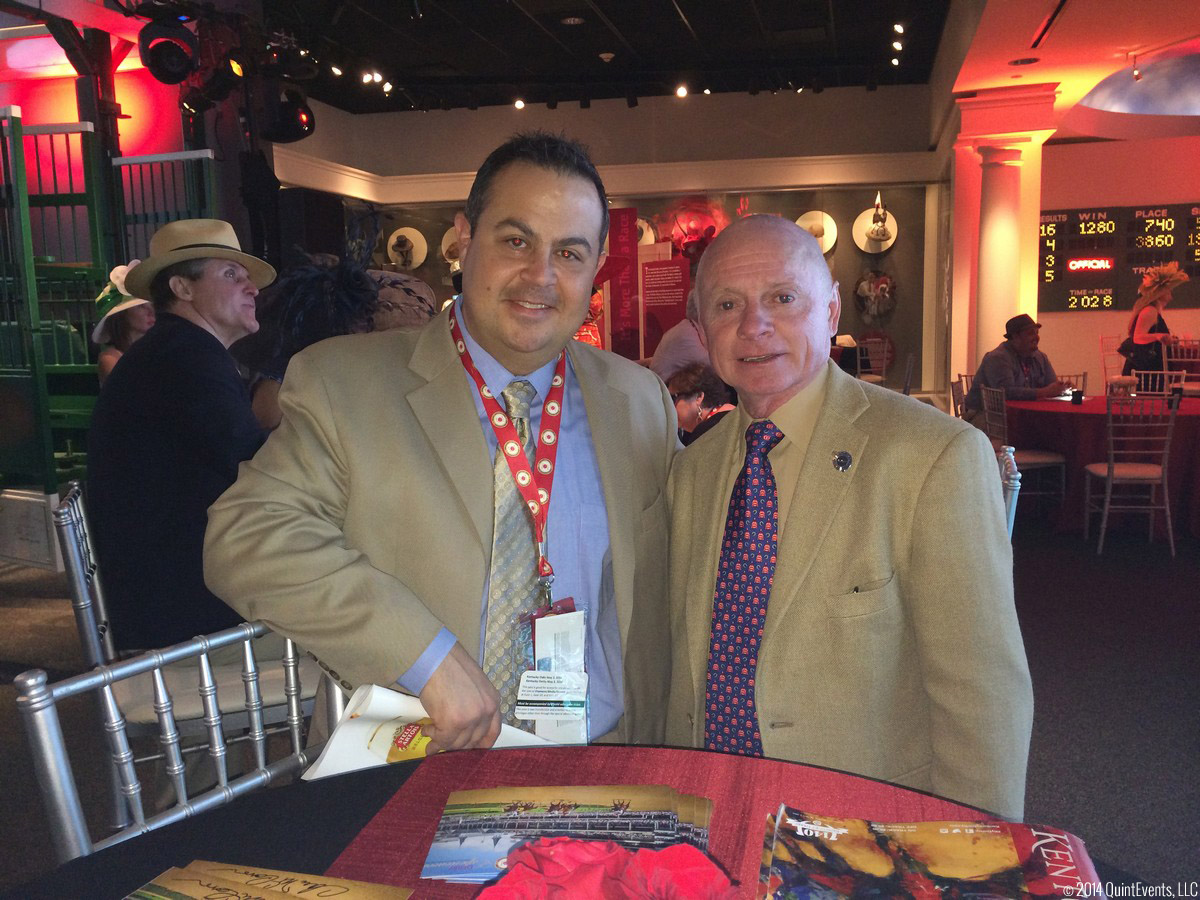 Perry Wayne Ouzts is a Hall of Fame jockey from Arkansas who has been surrounded by horses his entire life and being a jockey is all he has ever wanted to do. Since 1973, Ouzts has been riding horses to over 7,000 victories. Despite a major fall and several broken vertebrae after a horse collapsed, Ouzts has continued to race well into his 60's and only plans to quit when he doesn't get that thrill - advice he received from fellow winning jockey, Pat Day.

Edgar Prado was born into a racing family in Peru and began his career in 1983. He was America’s leading jockey in wins three times and in 1997 became the fourth jockey ever to win as many as 500 races in one year (535). His accomplishments include a victory in the Kentucky Derby, two wins in the Belmont and four wins in the Breeders’ Cup. Prado has won several awards including the Eclipse Award for Outstanding Jockey in 2006 and was inducted into the National Museum of Racing and Hall of Fame in 2008.

The Breeders’ Cup is one of the world's most prestigious sporting events and we are already looking forward to next year. Breeders' Cup Experiences will be there to see plenty of talent from some of our favorite jockeys. Who knows, they could make history! Join us at the Breeders' Cup World Championships!