The History of Churchill Downs®, the Host of the 2018 Breeders’ Cup World Championships®

Churchill Downs® opened its gates in Louisville, Kentucky in 1875 and is often referred to as the “Home of the Kentucky Derby®”.

Colonel Meriwether Lewis Clark attended the Epsom Derby in Epsom, England, which sparked his passion for horse racing and he wanted to bring this excitement to America.

In 1872, he leased the land in Louisville from his uncles John and Henry Churchill, which is where the name of the racetrack originated. Colonel Clark raised money for construction by selling Churchill Downs® Twin Spires memberships. He sold 320 subscriptions at 100 dollars each, giving him 32,000 dollars to bring the racecourse to life.

Clark started the construction process with the grandstand, and the clubhouse, six stables and the Porters Lodge which is located near the entrance where people can bring any questions regarding the racetrack, followed. These initial structures still stand on the grounds today. Churchill Downs® was built on 80 acres of land and has grown to over 147 acres today with the most significant structure of the grounds being the Twin Spires that sit atop the Grandstand. These were added in 1895 and have become the universally recognized symbol for Churchill Downs®. 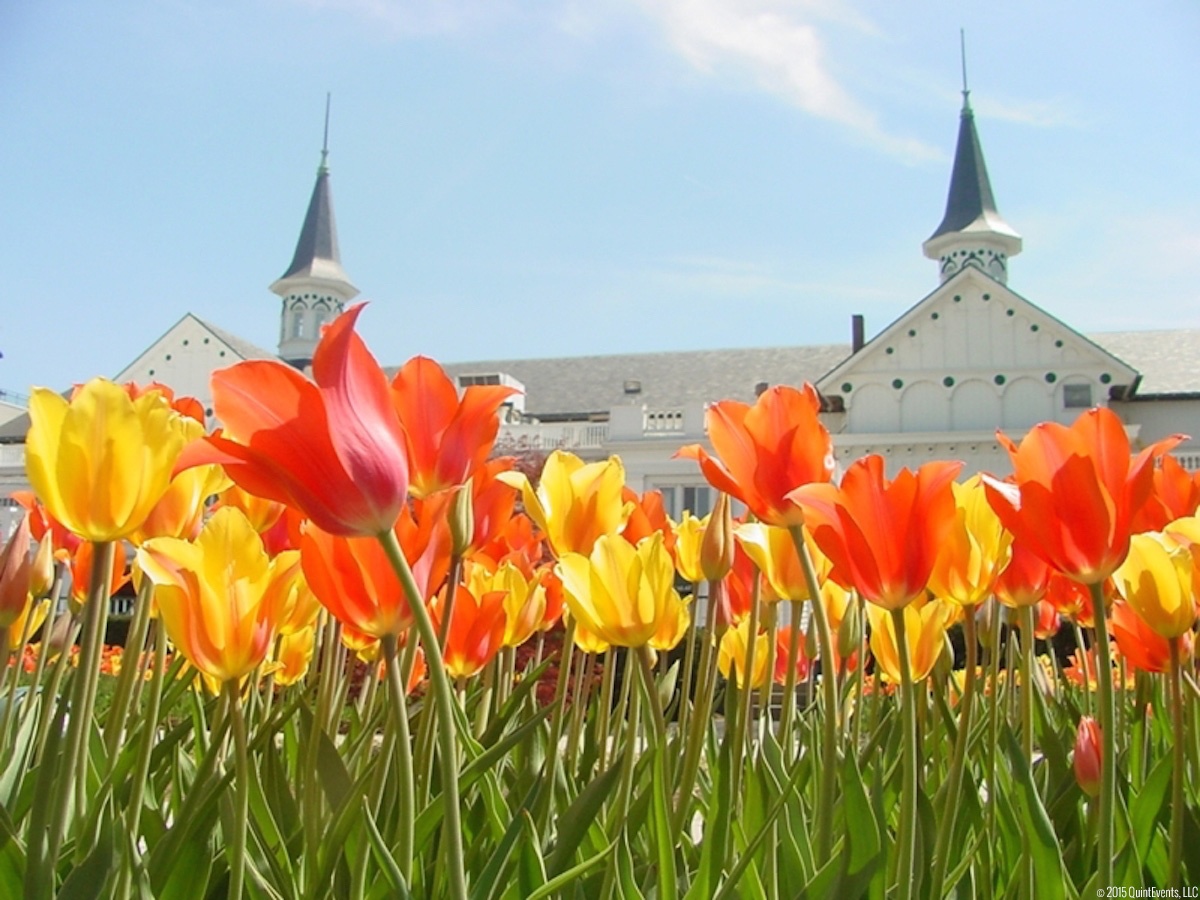 Churchill Downs® had its first official race day on May 17th, 1875, The Kentucky Derby®, Kentucky Oaks® and Clark Handicap. These races were inspired by the Epsom Derby, Epsom Oaks and the St. Leger Stakes. The winner of the first ever Kentucky Derby® was a Chestnut-Colt, Aristides, ridden by two African American men, Ansel Williamson and Oliver Lewis.

Churchill Downs® brought a crowd of over 10,000 spectators there to witness the first 15 thoroughbreds race the 1.5-mile-long track. It now holds the record for hosting the longest running, continuous sporting event in the United States.

Plan Your Trip to Churchill Downs for the Breeders' Cup® 2018