Quite simply put, Pat Day is racing royalty. A four-time winner of the Eclipse Award for Outstanding Jockey, Day has been a mainstay in the National Museum of Racing’s Hall of Fame since 1991.

Known for his subtly when riding and patience in the saddle, Colorado-born Pat Day began riding from a very early age. His nous in the saddle became apparent despite a small physique. “Patient Pat” as he was famously dubbed for his style of arriving late to the finishing post, he rode his first winner in 1973 at Prescott Downs, Arizona. By the late 1970’s, Day had risen through the ranks like a hot knife through butter and quickly established himself as one of the country’s leading jockeys.

Over the course of a 32-year career, which saw him become the leading jockey of all-time in North American prize money, earning an incredible $298 million, while saddling 8,804 which puts him fourth on the all-time list, Day became synonymous with the winners’ circle.

Now a resident of Louisville, Kentucky, Pat Day has enjoyed much success in that part of the world; he is the leading all-time rider at Churchill Downs and Keeneland. 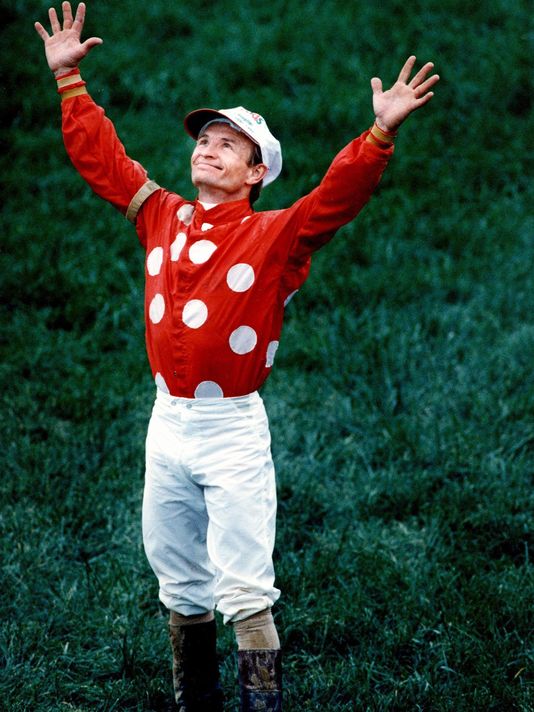 Known for his prodigious talent and humility in the saddle, Day is racing royalty. Perhaps his most famous moment in the sun came in the 1992 Kentucky Derby® aboard Lil E. Tee – one of nine Triple Crown™ winning mounts which included greats such as Tank’s Prospect and Louis Quatorze. When his time in the saddle came to an end in 2005, Day’s legacy was apparent. He had blazed a trail for others to follow. A model of consistency throughout one of the most successful careers of all-time, Pat Day is one of the greatest horsemen ever to grace the Sport of Kings.

Make your trip to this year’s Breeders’ Cup® complete with a Meet-and-Greet with Legendary Jockey Pat Day at our hospitality venue at Santa Anita Park. In what is widely regarded as the ultimate test of a thoroughbreds’ ability, the Breeders’ Cup will showcase an array of international talent as the best horses in the world face-off. Couple this once in-a-lifetime experience with a VIP Fast Access Pass to Santa Anita Park and our unique hospitality which provides exclusive in-track party venues as well as a Meet-and-Greet with one of the greatest ever, Pat Day. This truly is a racing extravaganza you don’t want to miss out on!