In Conversation with Jockey Aaron Gryder

We were joined by long-time jockey Aaron Gryder in The Loft at Aristides Lounge at the 2018 Breeders' Cup®. At 48-years old, Gryder has over $100,000,000 in winnings and 3,000 career wins to his name. His past victories include the $6-million Dubai World Cup and the Breeders' Cup Marathon in 2012, and he has raced in the Kentucky Derby® four times.

After chatting with our guests and posing for photo ops, Gryder sat down with us for a quick interview about his unique start in the sport, favorite horse and much more. 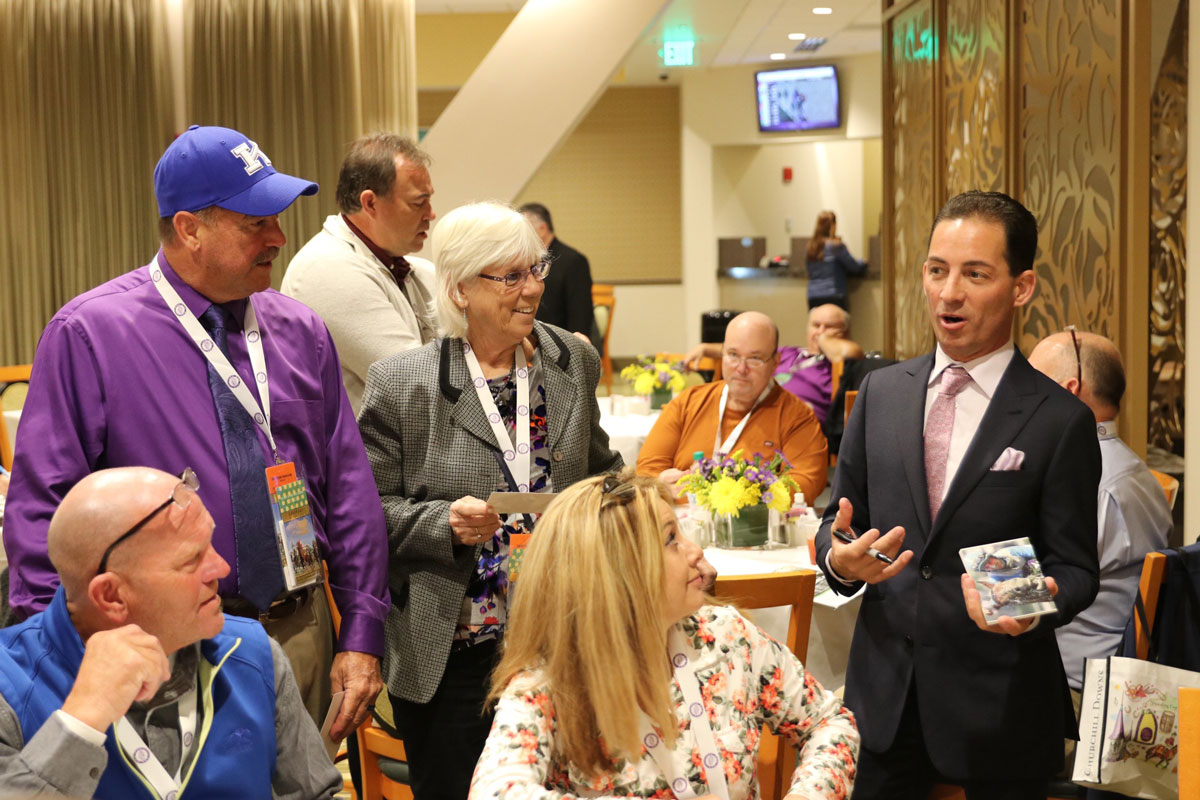 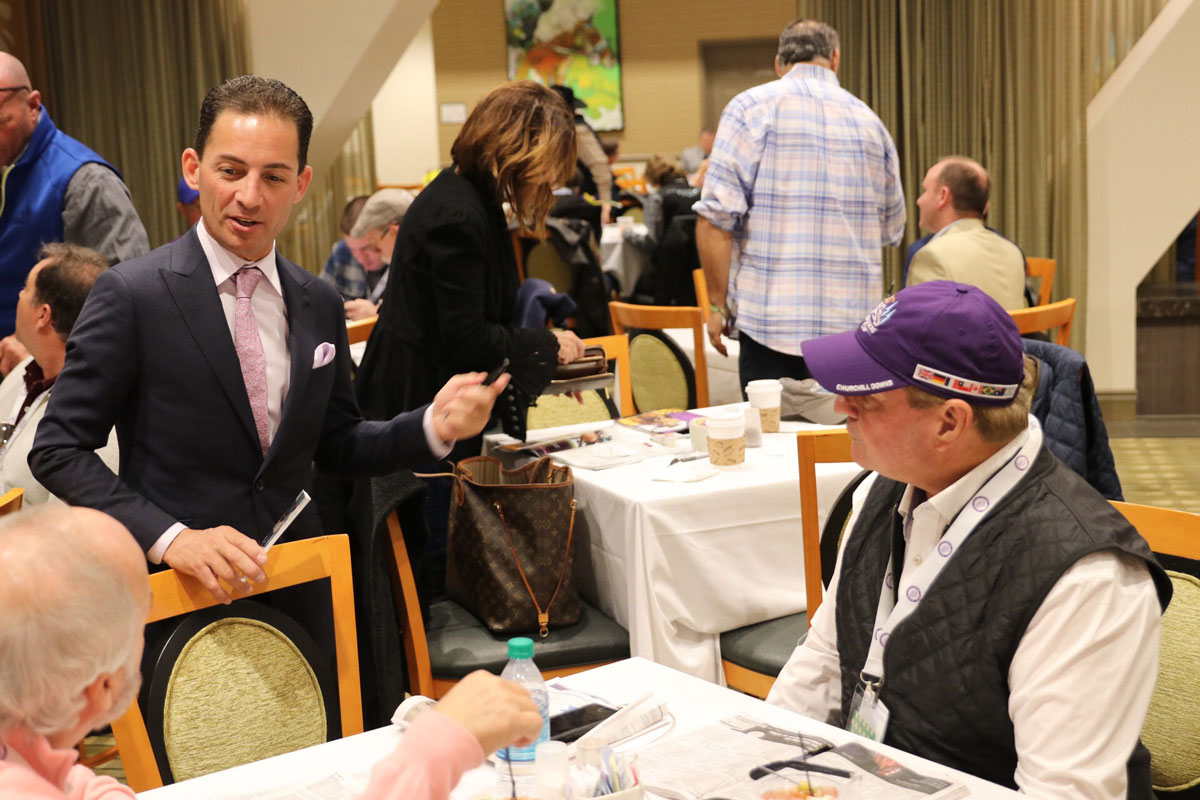 So you grew up in Santa Anita, but didn’t start racing until your teenage years. Tell us about that.

“I grew up 15 minutes from Santa Anita, it was my hometown. I grew up going to the racetrack because my grandparents were at Santa Anita in the day time and Los Alamitos at night, so I got plenty of horse viewing, but I never got on horses. I said I’d be a jockey when I was four years old and I was actually afraid of horses. The first time I ever got on a horse was when I was 13 and I was supposed to just go to a farm for the summer and learn about horses and I was supposed to go back home and go to school at the end of the summer. But I called my parents and asked if it was okay if I don’t come home. I got on my first horse when I was 13 and fell in love with it.”

What are the trials and tribulations of a teenager trying to become a jockey?

“It’s a lot of hard work and it’s not a job for the weak and not a job for boys. You’ve got to be a man to do it. At 16 years old you’re allowed to ride if they think you are fit enough mentally and physically, but a lot of kids can ride but they don’t know how to handle life. I was always mature as a young kid, I focused on my business and I grew up fast. This business makes you be really dedicated to it."

"So I enjoyed it and the thing about this business is that no matter how old you are, I think it’s always about keeping an even disposition throughout your career. You’re having highs when you’re riding the best horses in the world and you have the lows where you’re getting hurt and now you’re out for five months. You’ve got to deal with the emotion of all of that. It’s very important. Pat Day said it best — 'keep a leg on each side and keep your mind in the middle.' That’s something that I lived by and most kids need to learn." 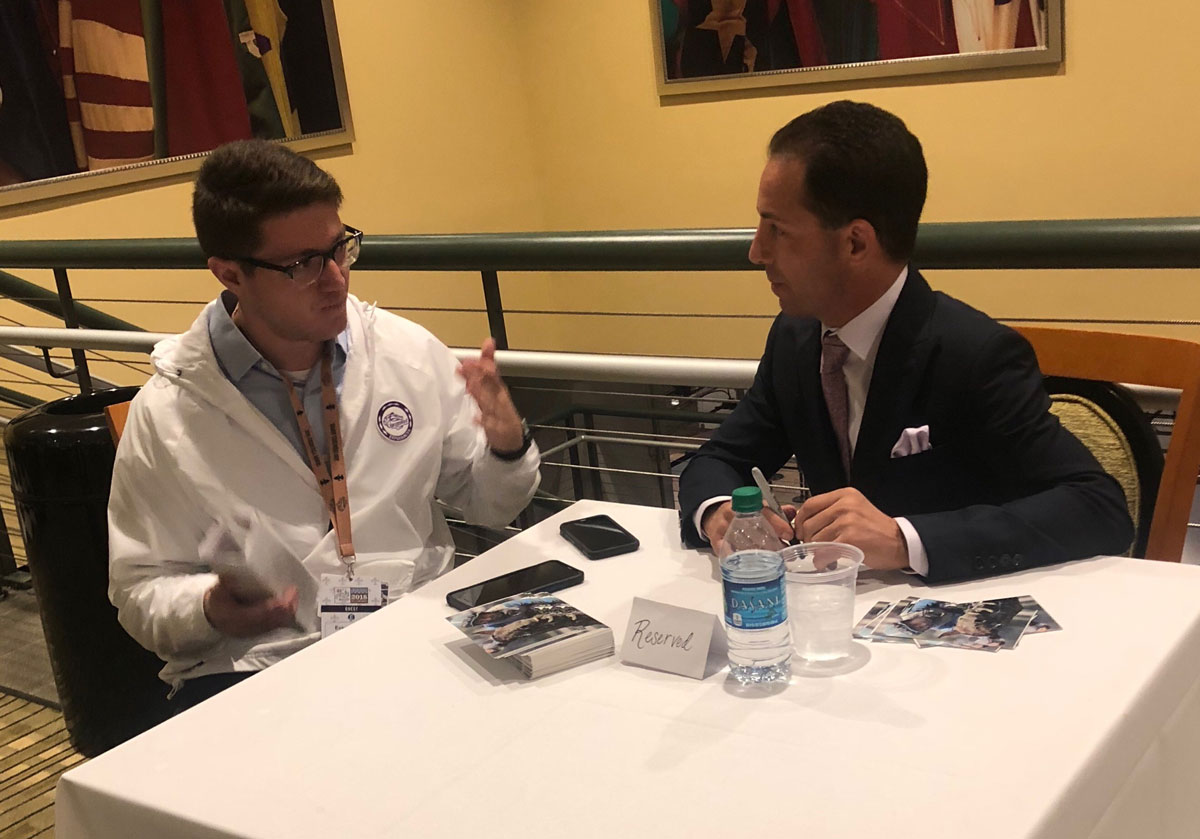 What is unique about the Breeders’ Cup as an event?

What differentiates the Kentucky Derby and the Breeders’ Cup?

What is the best horse you have ever ridden?

“Sunday Silence. He was just a natural athlete and unlike any horse I’ve ever been on. I’ve been on many that showed great talent, but he was just really light on his feet. He wasn’t that big of a horse, but he had quick acceleration and you could do anything you wanted. You could actually move with him two or three times during a race, which is very unique for a horse. He had that fight in him and had a mind of his own. He didn’t want the rider to do it, he wanted to tell you that he’ll do it. And if you allowed him to do it when he wanted, he was as good of a horse as has ever run.”

If you missed out on the opportunity to meet a jockey like Gryder at the 2018 Breeders' Cup, join us next year for another opportunity! The Breeders' Cup is returning to Santa Anita next year, and you can be there with an Official Ticket Package from Breeders' Cup Experiences.