Harry Lillis Crosby, better known as Bing Crosby, beloved crooner and star of radio, film and television, was born in 1903 in Tacoma, Washington. He was the fourth child in a family of seven children with four brothers and two sisters. It wasn’t until age seven that Crosby was given the nickname Bing by a neighborhood girl, which came from a comic stripe he loved called “The Bingville Bugle”.

Crosby originally attended Gonzaga University to become a lawyer, however he quickly abandoned this path to chase his dreams of being a musical star. He left school and wasted no time, he was invited to join a band with a group of high schoolers named the Musicaladers where he sang and played the drums.

In the early 1920’s Bing moved to L.A. in hopes to catch his big break with duet partner Al Rinker and called themselves “Two Boys and a Piano”. They played numerous gigs along the west coast and eventually were brought the opportunity to perform with Paul Whiteman and his Jazz Band for a brief time. Rinker and Crosby then formed the Rhythm Boys, a trio with new member Harry Barris. The Rhythm Boys starred in Crosby’s first film appearance in King of Jazz in 1930. Shortly after this movie wrapped Crosby launched his radio show with CBS Radio in 1931 which was a weekly 15 minute broadcast that kicked off his solo career.

The radio show aired for almost 30 years and attracted over 50 million listeners. During this time, Crosby produced two hits within the first year, “I Found A Million Dollar Baby” and “Just One More Chance”. Through his radio show, he was becoming more and more well-known and eventually caught the eye of Paramount Pictures which resulted in him signing a contract with the production company in the early 1930’s.

He kicked off his film career doing musical comedies for the most part including; Here is My Heart in 1934, Anything Goes and Pennies from Heaven in 1936. One of Crosby’s first hit singles derived from the title track “Pennies from Heaven”.

Bing Crosby’s acting career peaked in the 1940’s and was the top box office star from 1944 and 1947. He starred in a series of seven films with lifelong friend Bob Hope, these were the “Road to” series, which are set in different locations around the world and touched on the cultural attributes of the title location. He then went on to star in “The Holiday Inn” alongside another acting legend, Fred Astaire and not long after this he starred in his most memorable film to date, “White Christmas”. Crosby still remains one of the all-time grossing performers in the entertainment industry. His film career tapered off in the 1960’s and he moved to the small screen for a few years.

Crosby and his three children from his second marriage appeared in a Christmas special, Bing Crosby’s Olde Christmas, every year of the 1970’s up until his death in 1977. During the 1977 special, he performed with David Bowie singing “Peace on Earth” and “Little Drummer Boy”. The special was recorded several weeks before his death.

As a devoted golf player, Crosby started the “Bing Crosby National Pro-Amateur golf tournament in the late 1930’s. He suffered a fatal heart attack after playing 18 holes in Madrid, Spain. Friend and costar Bob Hope said, “if friends could have been made to order, I would have asked for one like Bing.” Bing Crosby was laid to rest next to his first wide, Dixie Lee and he leaves behind four sons from his first marriage and two sons and a daughter from his second marriage.

With a found love for horses, Bing Crosby partnered with the building of Del Mar Thoroughbred Horse Racing Track in Southern California in 1937. He borrowed against his life insurance money to offer up the last $100,000 needed to build the racetrack. The track being a mile and a half away from the beach inspired Crosby to write his song “Where the Surf Meets the Turf” which management still plays at the start and end of each racing day. He was a frequent attendee to many races at Del Mar and even held one of his Radio Shows at the racetrack. Crosby was there on opening day to personally greet the fans and has a race name after him, Bing Crosby Stakes, that is held annually at Del Mar.

Del Mar Thoroughbred Club will be hosting this year’s Breeders' Cup®. Don’t miss your chance to walk where Bing Crosby walked as you watch the world’s finest horses compete on the track. Indulge in gourmet food and soft drinks in the Trackside Chalet and choose to upgrade to an open bar. Complete with unrestricted views you can see all the exciting action from the climate controlled venue. With a Breeders’ Cup Experiences Official Ticket Packages all of your needs will be taken care of in one fell swoop. Purchase your exclusive packages today and get ready for a weekend you’ll never forget! 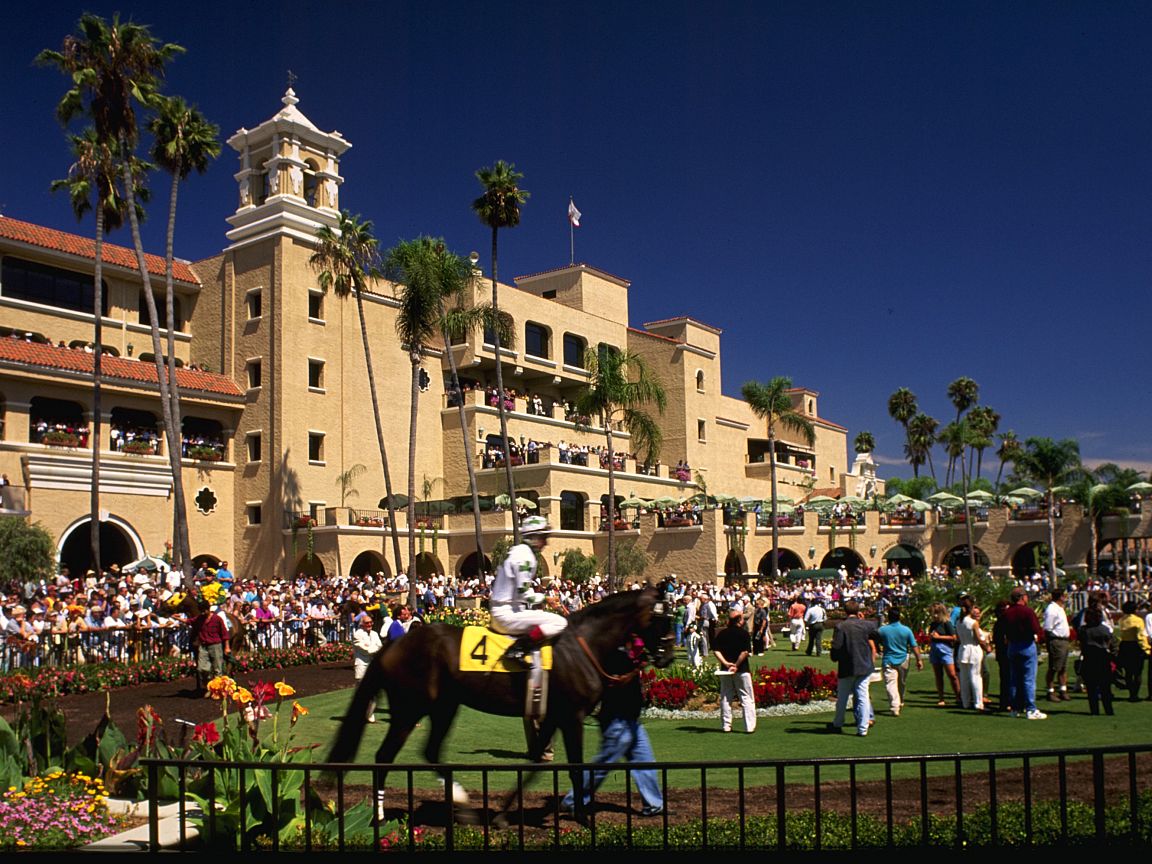