The Breeders’ Cup “Win and You’re In” series for the Breeders’ Cup Classic continued last Saturday with the Pacific Classic at Del Mar. It looks like American Pharoah has finally found some competition after mare Beholder beat out the boys and became the first female to win the Grade 1 race in its 25-year history. The winning margin was the second greatest in Pacific Classic history as Beholder finished a solid
8 ¼ lengths ahead.

Many were surprised to see her beat up the colts like this. She dominated the track, easily disposing of pacesetters Bayern and Midnight Storm and then setting out to leave the others in the dust. Jockey Gary Stevens urged the 5-year-old mare home using just his hands and led Beholder to an impressive victory in front of a crowd of 20,424. She ran the 1 ¼ miles in 1:59.77. 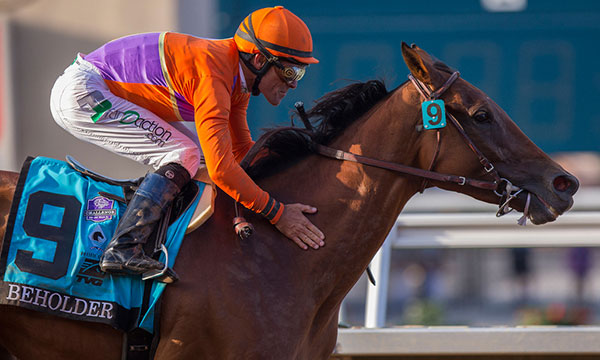 This victory earned Beholder an automatic spot in the Breeders’ Cup Classic this October and likely a date with American Pharoah. This should make for one epic race, and we can’t wait to see the two go head-to-head. We know American Pharoah has all the talent in the world, but we wouldn’t be surprised if this mare gives him a little run for his money.

Zenyatta is the only female to win the Breeders’ Cup Classic, which she accomplished in 2009 at Santa Anita Park. Will Beholder be next?

Watch the recap of the Pacific Classic below!

We already know Hard Aces, Noble Bird, American Pharoah, Honor Code and Beholder have earned automatic spots in the 2015 Breeders’ Cup Classic. Who else will join alongside? 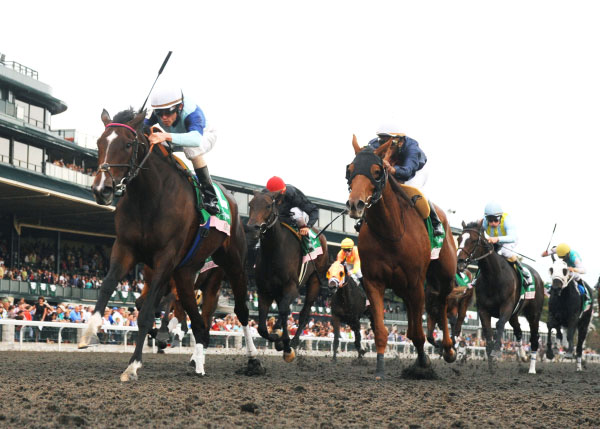