Before you know it, you’ll blink and it will be the end of Oct. The 2014 Breeders’ Cup World Championships will be gearing up to name 13 new World Champions and award a culmination of $25 million. Only the best colts and fillies will qualify for a spot on the field of each race, and the packed stands and viewers at home will be watching on to see which are the best of the best.

But before we all get anxiety with the anticipation of two of the greatest days in horse racing, let’s walk back in time and take a look at some of the Breeders’ Cup’s best moments.

So without further ado, here they are! They top 5 most memorable moments from the Breeders’ Cup World Championships 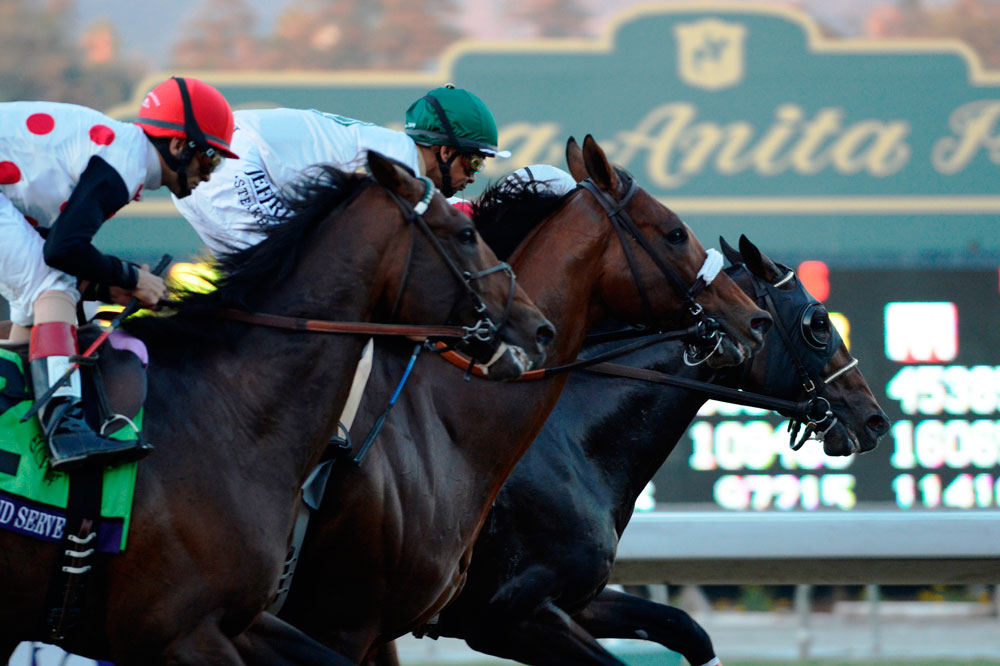 Entering the 1995 Classic with a winning streak of 11 races, Cigar hoped to continue this record. At a muddy Belmont Park, Cigar came to run, taking and keeping the two and a half length lead! This concluded his undefeated year, and he went on to win 16 races in a row!

With $5 million up for grabs, this Breeders’ Cup Classic had all the elements it needed to be one of the most thrilling Breeders’ Cup races. Period.

Zenyatta was dead last as per usual. She broke on the last bend from dead last and moved through the pack quickly, but Blame was able to keep his lead by a head.

Zenyatta’s fans were disappointed her reign was over and Blame may have won, but in reality, the performance by each horses made them both champions that day.

Personal Ensign entered this race with a perfect record with the plans of retiring after this race. With her team and fans behind her, she entered the gate with the goal of keeping her perfect winning record unscathed.

The mud at Churchill Downs affected the speed of the track tremendously and it seemed Personal Ensign couldn’t cover the ground fast enough to keep up with the pack. Somehow from within, she summoned the will and her jockey urged her forward, passing the finishing line. Personal Ensign will always be known for that undefeated record.

Arazi faced struggles in his racing career, but no one can take this performance away from him. He started out of the gate slow in the Juvenile, and with an incredible burst of speed, overtook the field of 12 in an eighth of a mile! Truly astounding.

Zenyatta entered the Classic as the favorite, despite the narrow 5-2 odds. She had been winning effortlessly against the other fillies in her division, but she had to prove she could compete against the larger colts as well.

Her jockey held her back knowing her closing mentality, and then when the moment was right, urged her forward. Zenyatta pulled an unbelievable stride from 11 lengths off the leaders and beat the field quite easily.

Go to the 2014 Breeders’ Cup and See Memorable Moments Unfold

The Breeders’ Cup World Championships offer jaw-dropping moments each year with new horses, jockeys, owners, and trainers becoming World Champions. There is no comparing the feeling of being in the stands as history is made, taking in the thrill and excitement all around you! There is nothing like the “Richest Two Days in Sports!”