Qualifying for the Breeders’ Cup: The Graded Stakes Points System

This Nov., the best of the best will gather at Santa Anita Park to race for the title of World Champion! Throughout the course of two days, 13 races will be run with a total of $25 million being awarded! With purses of such a high caliber and such a title being raced for, there are strict guidelines in place ensuring only the top competitors make it to the Breeders’ Cup World Championship.

So how do we discover who the best of the best are? After all, not just any horse and rider can be given a shot this prestigious title. Well, there are three ways to qualify: the Breeders’ Cup Challenge, the Graded Stakes Points System and the Panel.

Essentially, the Breeders’ Cup Challenge is a win and you’re in system. There is a schedule of races that boast difficult fields at challenging tracks and if a horse wins one of these races, they’ll be offered a spot in the Breeders’ Cup. 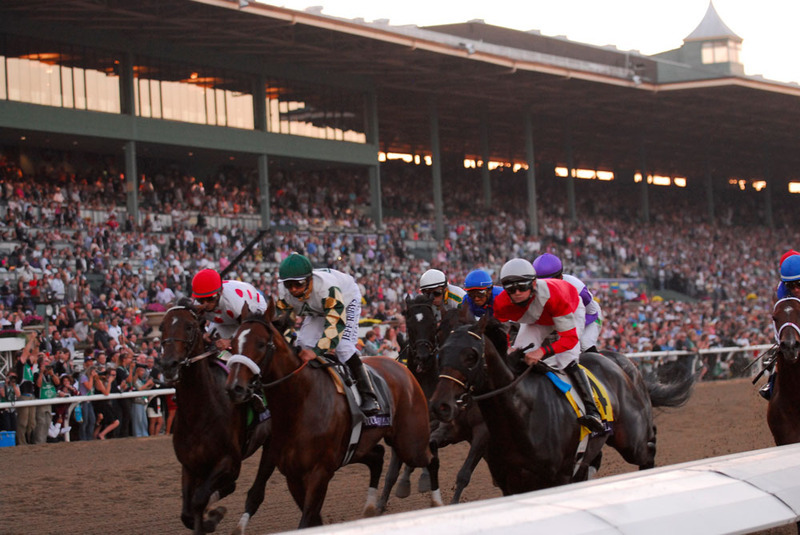 For more information on the Breeders’ Cup Challenge Series, the race schedule and points standings»

The panel is a group of judges that assign rank to horses.

The Graded Stakes Point System is far from the simplicity of the Breeders’ Cup Challenge. Check out the qualifying details:

Everything You Need to Know About the Graded Stakes Points System

Simply put, the Graded Stakes Points System awards points to horses based on their performances in major races during the year. Horses are then ranked based on their points. Races that qualify as Graded Stakes races are decided by the American Graded Stakes Committee of the Thoroughbred Owners and Breeders Association and/or the Jockey Club of Canada; any International Group races carry no point values.

So what are the stakes?

What this means is that only the top three finishers in the Grade Stakes race will receive points, and the Grade the race receives determines the amount of points awarded to each finisher. For example, in a Grade I race, first place will receive 10 points, second place 6 points and third place four points respectively.

SEE THE SCHEDULE FOR THE 2014 BREEDERS’ CUP WORLD CHAMPIONSHIP»

Plan Your Trip to the 2014 Breeders’ Cup

Now that you know how horses qualify to race in the “richest two days in sports” it’s time to plan your trip to the 2014 Breeders’ Cup World Championships! With Official Ticket Packages granting you tickets to both days of racing, exclusive access to a in-track hospitality area and a plethora of coveted amenities such as open bars, complimentary fare and more, there is no better way to attend the Breeders’ Cup!

Not to mention, Official Ticket Packages offer transportation and accommodations options, completely eliminating all hassle of planning on your end.

Get more information on how you can attend the Breeders’ Cup at Santa Anita Park today by calling 1-866-834-8663 to speak to a representative or visit QuintEvents website for more information.

Join the conversation on social media using the hashtags #BCVIP and #BC14!