Jay Privman is the national correspondent for Daily Racing Form, which makes him the lead writer for the Breeders' Cup, as well as the Triple Crown™ races -- the Kentucky Derby®, Preakness, and Belmont Stakes. Privman is uniquely qualified to inform viewers of the happenings at the Breeders' Cup World Championships®, as he has covered every Breeders' Cup® since it began in 1984, making him one of the only journalists to do so.

Privman is also a reporter for NBC Sports Network's coverage of the Breeders' Cup. He has won numerous writing awards, including being a three-time winner of the Joe Hirsch Award for best story at the Breeders' Cup. Del Mar, the racetrack in which the Breeders’ Cup is held this year, holds special meaning for him as it is the first track he attended at age 11, and the one he lives closest to now, with his home exactly 11 miles from his parking spot in the media lot at the track.

I was a sports fan from the time I was a kid and horse racing was something I was exposed to because my dad would go to the track once a month with his buddies. I distinctly remember watching the Kentucky Derby® when I was 9. But my interest blossomed after a family vacation to San Diego when I was 11 and we went to Del Mar, the first time I ever attended live racing. It became my favorite sport, I watched racing regularly on TV, learned to handicap, read books, just become obsessed with it.

I started working for the Los Angeles Daily News when I was in college, covering high school football games on Friday nights as a part-timer, but they didn’t have anyone who regularly covered racing at the time. I volunteered to cover some big races and by the time I graduated they had made me the full-time racing writer. It was definitely a case of right place, right time. 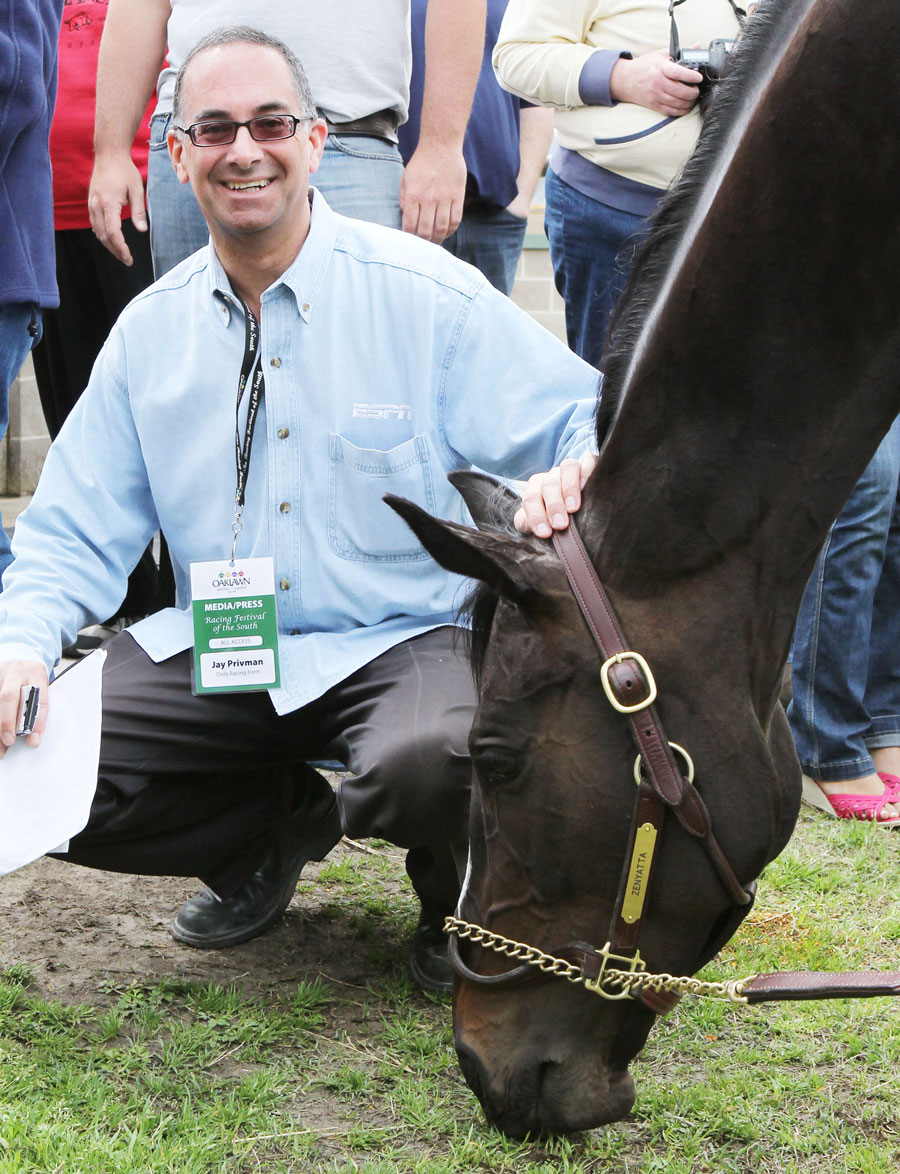 Zenyatta winning the Breeders’ Cup Classic at Santa Anita. Not only because she won to remain undefeated but because of the reaction of the crowd. They went wild.

Picking just one is too tough. There are so many great riders over the years who have performed at the top level; Mike Smith, Pat Day, the late Garrett Gomez, and my all-time favorite rider, Laffit Pincay Jr.

This is also very tough, I’d have to say Tom Durkin’s “the two Derby winners hit the wire together” in the 1987 Classic, Trevor Denman’s “this…is…un…be…lieveable” with Zenyatta at Santa Anita, and Larry Collmus’ “a horse of a lifetime” for American Pharoah would be my favorite of the three men who have called Breeders’ Cup® races for television.

Have a fish taco at the Brigantine, go to the beach, have more Mexican food at Roberto’s, take in the sunset with a cocktail at Jake’s on the beach, and explore the downtown Del Mar Plaza's restaurants and shops. If you have time to extend your trip and want to explore greater San Diego I'd recommend visiting the Zoo, going to Coronado to see the Hotel del Coronado, strolling through the shops along Prospect St. in downtown La Jolla, touring the USS Midway, and driving out to Point Loma, which offers stunning views of the harbor. If you're a craft beer fan the scene here is as good as it gets, with the likes of Stone, Green Flash, Ballast Point, Coronado Brewing Co. and so many more based here.

I love the Pamplemousse Grille, whose Kobe beef meatballs in their Sunday night spaghetti and meatballs are sensational. But any night you go there is great, and you’re odds-on to see some well-known horsemen, too.

The area by Powerhouse Park right in downtown Del Mar is the best Del Mar beach. It’s a wide beach with easy access to many fun restaurants.

Hopefully a bunch of winners to pay for the trip! And some insight into the behind-the-scenes preparation of some of the top horses. I'll be out there every morning watching them train, talking to the trainers and jockeys, so there will be plenty to talk about. My favorite part is answering questions, too.

Precisionist, Sunday Silence, and American Pharoah. All won Breeders' Cup races, too, as it turns out.

Handicapping is an art and a science. To me you must evaluate many things. Will the pace be fast among several horses and will they burn each other out and set it up for a late runner, or will someone get loose on the lead and never be caught? Does my horse like the track? Is the distance suitable? That’s just for starters. And, as always, price matters. A horse I’d like at 5-1 is no bargain at 2-1, whereas a horse I think should be 2-1 is a great gamble at 5-1.

We’re talking about this two months out from the races and so many things can change in that time in terms of participation, but in light of his two losses at Del Mar this summer I think all eyes will be on Arrogate to see if he can repeat his Classic win of last year. A potential rematch with him for Gun Runner is tantalizing. There’s a special 3-year-old filly named Unique Bella who I think will be dynamite in the Filly and Mare Sprint. And it’s always fun to see which European horses come over and participate, especially at a track where many have never raced.

Try to do as much as possible both at the races and at night. Go to the paddock and see the horses up close if you can; these top-class horses stand out in terms of their physical presence. Attend morning workouts if you are in town earlier in the week; that’s a good chance to see the horses up close, too. Breeders’ Cup always does a terrific job of having social events all week long, so be sure to check out the many offerings and see what interests you.

Sleeping in my own bed and having a 15-minute commute to the races! But also, I can’t wait for many people who have never been to Del Mar to experience it, both the track and the surroundings. It’s a special place, and it’s the main reason I moved down this way from the Los Angeles area 17 years ago

The original Breeders’ Cup was just a one-day event encompassing seven races, so it’s more than doubled to its current presentation. No one really knew what to expect then, to have so many good races with so many good horses one after the other after the other. It has been a terrific success from the start and has only grown in importance and interest. Also because of social media I think the public is far more informed of the horses now than ever, especially regarding European imports. It's bigger and better than ever.

If we weren’t excited about Breeders’ Cup before, we most definitely are now after speaking with Jay Privman!

Join us at Del Mar Thoroughbred Club on November 3rd in the Trackside Chalet for your chance to meet the award-winning journalist, Jay Privman! With Breeders’ Cup Experiences’ Official Ticket Packages all your needs will be taken care of in one fell swoop. Indulge in gourmet food and premium open bar in the Trackside Chalet. Complete with unrestricted views you will see all the exciting action from the climate controlled hospitality venue. Purchase your exclusive packages today and get ready for a weekend you’ll never forget! 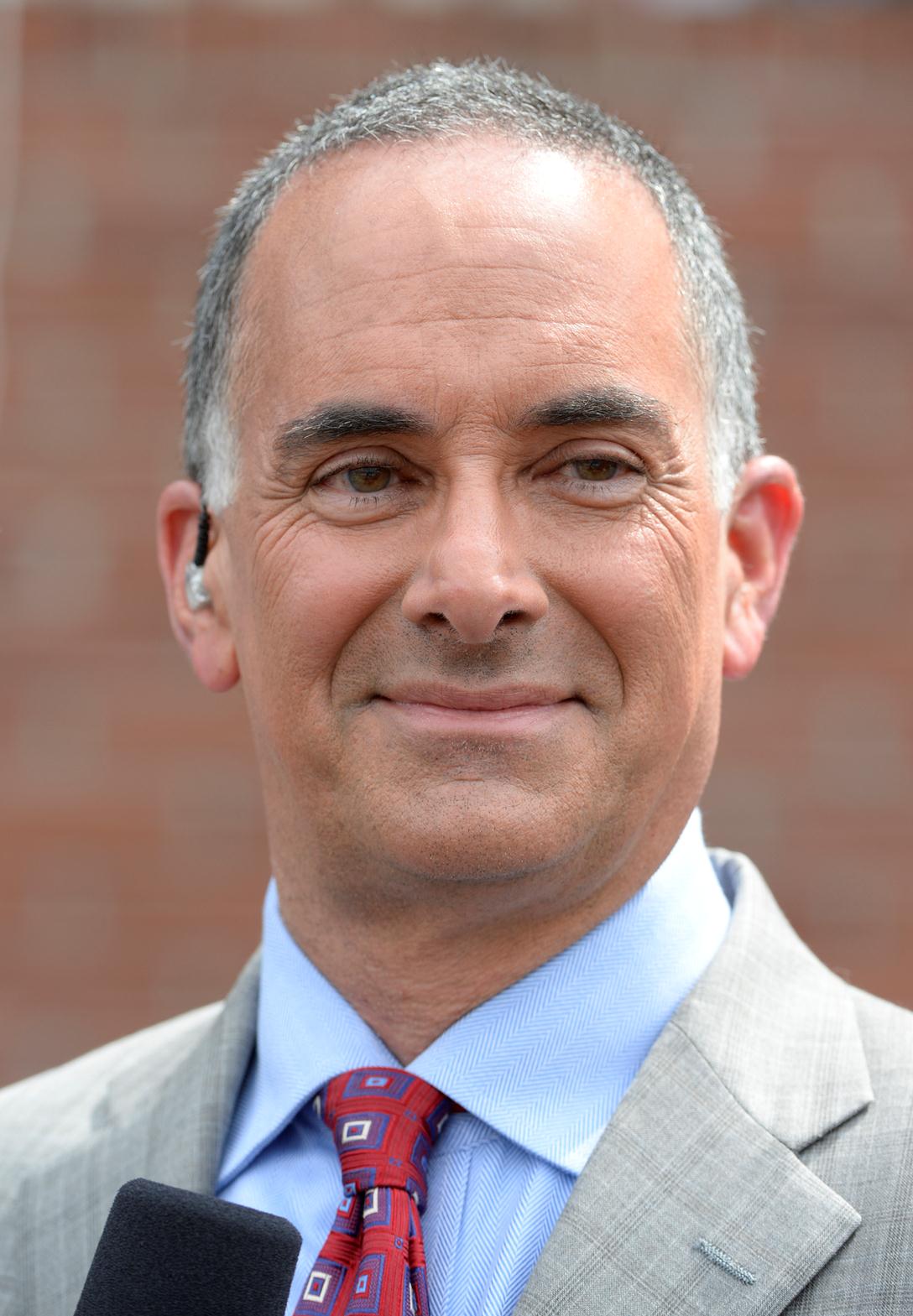