American Pharoah Ends on a High Note at the 2015 Breeders' Cup®! 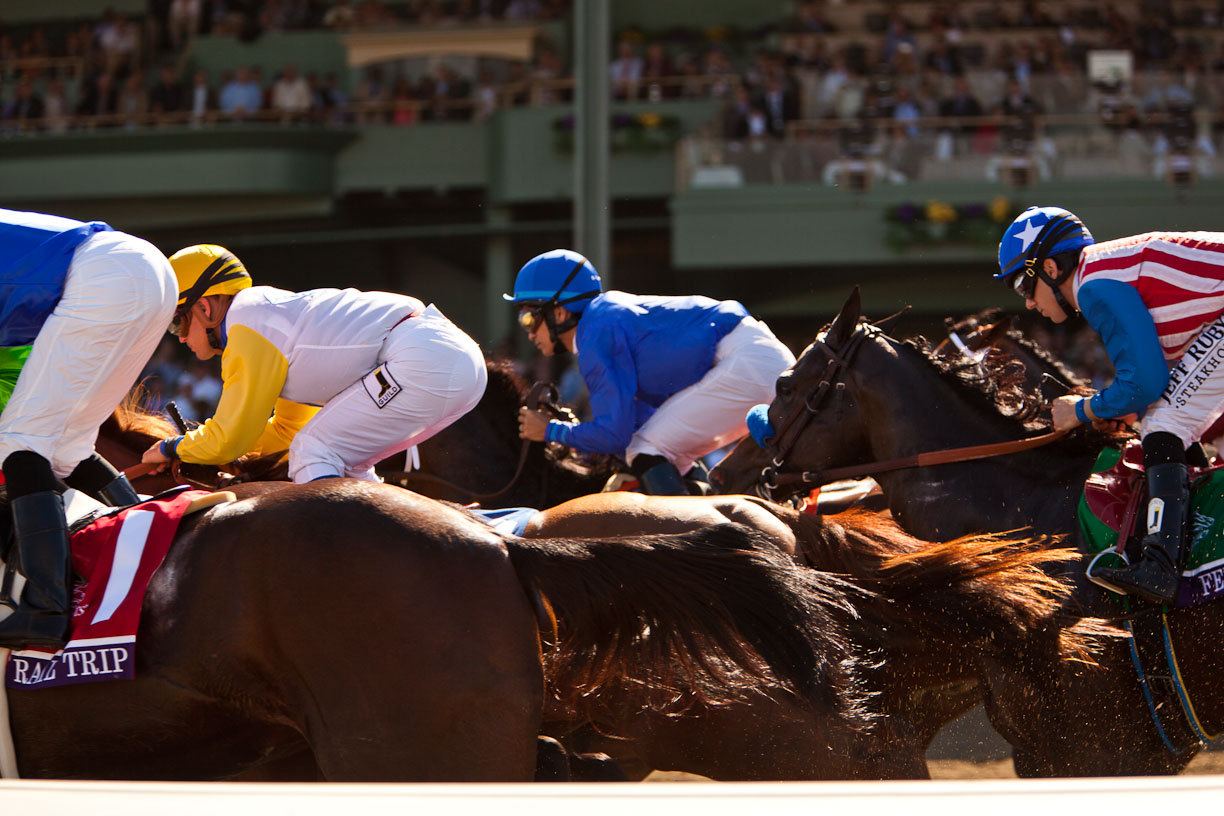 In case you haven't heard, Lexington had a huge weekend!  Not only were nearly 100,000 people in attendance for the Breeders’ Cup, but a number of folks flocked to town to see the longstanding Kentucky vs. Tennessee rivalry kick off at Commonwealth Stadium Saturday evening and standard Halloween trick-or-treating also fell on Saturday.  If you didn’t get a chance to experience the excitement of Breeders’ Cup weekend in Lexington, read on for a few highlights!

“A Triple Crown™ winner, a Breeders' Cup winner, a horse of a lifetime!”

What can we say?  We all knew American Pharoah was a special horse, but he really outdid himself at the Breeders’ Cup Classic on Saturday!  Not only did he score a 6 ½ length victory over the seven other competitors, but he also became the first horse to earn a “Grand Slam” by claiming the Triple Crown™ as well as the centerpiece stakes at the world championships.

Beholder, the second favorite contender in the Classic, was unfortunately unable to compete, as the mare suffered from a fever and bleeding in her lungs during the week before the Breeders’ Cup.  Smooth Roller was also scratched from the race due to a tendon issue in his left foreleg, leaving the field at eight horses and clearing the path for yet another stunning win by American Pharoah.

A full recap and replay video of the 2015 Breeders’ Cup Classic can be found here!

Derby fever has started early and Nyquist, the co-second choice at 9-2, further solidified his lead in the Road to the Derby by finishing a half-length ahead of rival Swipe in the Juvenile race.  According to the Breeders’ Cup website, Nyquist and Swipe have quite a history, “[squaring] off in their last four races with Nyquist winning and Swipe finishing second in each.”

Naturally, Nyquist is an early favorite to win the 2016 Kentucky Derby, but the last horse to win both the Breeders’ Cup Juvenile and the Derby was Street Sense in 2006 and 2007.  Nyquist is currently undefeated, dominating the competition in a total of five races, sitting at the top of the 2016 Derby leaderboard with 30 points in the Road to the Derby.  His closest competition for the moment is Brody’s Cause, who currently stands at 14 points – but it could only take two races to turn that lead around, and it’s anyone’s game once the Kentucky Derby Championship Series begins in February 2016.

A full recap and replay video of the 2015 Sentient Jet Juvenile can be found here!

The Longines Turf consists of 1 ½ miles of grassy track and is open to the fastest grass runners from both Europe and North America at least three years of age.  Golden Horn was the favorite to dominate this race, but European Found put in a late burst of speed to emerge victorious by a length and a half.  European Found has been described by her trainer, Aidan O’Brien, as “very special” and became the first 3-year-old filly to triumph at the Breeders’ Cup Turf at Keeneland!

A full recap and replay video of the 2015 Longines Turf can be found here!  Use the navigation bar to the left on the Breeders' Cup website to find results for the full schedule of Breeders’ Cup races from this weekend!

Get your name on the waiting list for exclusive 2016 Breeders’ Cup ticket packages!  Witness the thundering action of the races from your Trackside Luxury Chalet, which affords guests elevated views from the second floor.  Located in the Clubhouse turn, the Trackside Luxury Chalet includes first-class access to an all-inclusive party venue inside with a lunch buffet and a premium open bar!  With this package, you’ll also have access to the lawn and rail for added views!

Get on the Waiting List for the 2016 Breeders' Cup!