The Breeders' Cup® 2018 is the last big race of the calendar year, the Breeders' Cup Challenge series is coming to its conclusion! The series consists of races from around the world and presents the rare opportunity for a horse to punch its ticket to the Breeders' Cup World Championships® with an automatic and free entry. So far, five horses have earned their place in the Breeders' Cup Classic, with two spots still up for grabs before we head to Churchill Downs® in November. Let's take a look at the path so far and where we currently stand!

Only one day after being named the host site for the 2021 Breeders' Cup®, the Del Mar Thoroughbred Club held the third to last qualifying race for the 2019 edition of the event — the TVG Pacific Classic.

Saturday was Accelerate's day, with the 5-year old horse breaking a track record in a 12 1/2 lengths victory over the competition. The record-breaking scamper was completed in a jaw-dropping 2:01.83.

The race was never in doubt, with Accelerate blowing past the first turn and easily surpassing front runner Roman Rosso.

Accelerate drew Post 5 the week of the race, but still came into the TVG Classic as the odds on favorite to come away with the $1 million purse.

The win makes Accelerate the third horse to win the Santa Anita Handicap, Gold Cup and TVG Pacific Classic in the same calendar year. The victory was the first for trainer John Sadler at the Pacific Classic on his 12th attempt.

The "Win & You're In" Challenge Series only has two races left! Here are the remaining fixtures: 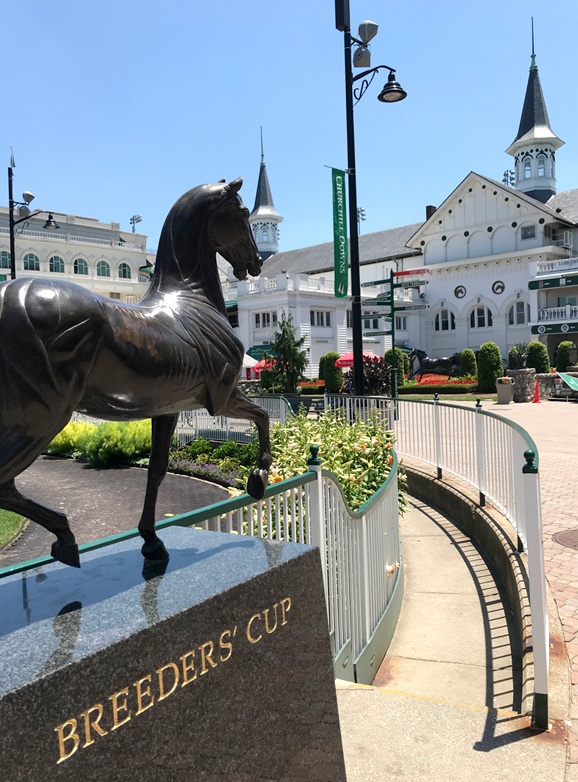 Ticket Packages to the Breeders' Cup 2018

You don't need to win a race to find yourself at the 2018 Breeders' Cup! Breeders’ Cup Experiences is the Official Package Provider for the Breeders' Cup World Championships, offering a variety of Official Ticket Packages with different seating options located around the track at Churchill Downs®! So while these horses are vying for their tickets to punch, you can gets yours today!