A Race-By-Race Guide to the Breeders’ Cup

Since its formation in 1984, the Breeders’ Cup has become an annual series of the highest class of thoroughbred horse racing the world-over. With a total purse of $28 million on offer over two days of top class racing, the Breeders’ Cup has become an International spectacle not only for the most ardent of race fans, but novices who experience the sheer level excitement and unpredictability on offer.

Here, we examine the thirteen races which will be contested over November 4th and 5th.

Run over 1 ¼ miles, the Breeders’ Cup Classic Grade 1 event is the season-ending event to crown racing’s champion. Open to horses three-years-old and above, the race is limited to 14 starters – seven of this year’s starters gain automatic entry via the “Win & You’re In” Series. The purse for horse racing’s blue riband event is $6,000,000. California Chrome will enter this year’s race as favorite in what will be racing’s superstar final race.

A race that is typically dominated by the European invaders, the Juvenile Turf is restricted to male two-year-old’s. Ran over the grass course, Irish trainer Aidan O’Brien has dominated this race is recent years with three wins in the past five, and will again travel to Santa Anita Park with a strong team.

Run on the dirt course, runners will cover two corners of the Santa Anita track and is open to horses who are three or older. Goldencents, trained by Doug O’Neill, became the first horse to win this race back-to-back in 2013 and 2014. The winner will collect a cool $1 million.

One of the Breeders’ Cup newer races, the Juvenile Fillies Turf was inaugurated in 2008. The race is open to the best North American and overseas two-year-old female turf horses. Since its inception, the race has always been limited to twelve starters.

Open to fillies and mares three and older, this race saw the coronation of a superstar in 2008 (then known as the Ladies’ Classic) when the mercurial queen of the Breeders’ Cup Zenyatta romped to victory under Mike Smith. Runners go toe-to-toe over nine furlongs (1 1/8 miles) for a purse of $2 million.

A mainstay of the Breeders’ Cup World Championships since its first event back in 1984, the Juvenile Fillies is open strictly to two-year-old fillies for a prize fund of $2 million. This year sponsored by 14 Hands Winery, the distance (8.5 furlongs) roughly equates to just over a circumference of the track. 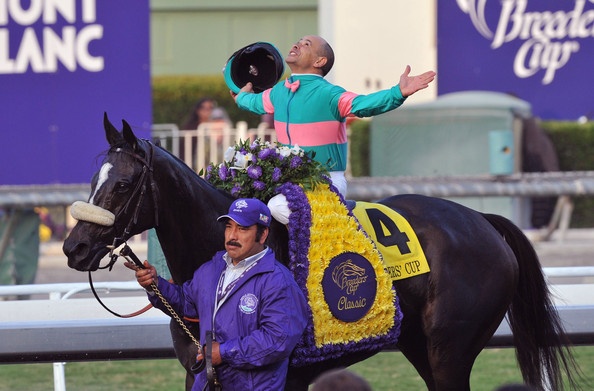 Blink and you’ll miss it – this race is built for horses poised with speed and agility. Open to thoroughbreds three-years-old and above, this Grade 1 event usually last about a minute with international competitors covering the 6 furlongs

Run around one turn at seven furlongs, this $1 million race is designed for the fastest females three and older. Groupie Doll, the Champion American Female Sprinter, won this race in consecutive years in 2012 and 2013.

The best female grass horses three and above race in this Grade 1 over 1 ¼ miles for a prize fund of $2 million. Stephanie’s Kitten became the first horse since Zenyatta to win different Breeders’ Cup races by claiming victory in this race last year. French-bred Sea Calisti will go to post as this year’s race favorite.

Run over 6 furlongs, horses will reach top speeds of 40 mph as the world’s fastest thoroughbreds compete in the Breeders’ Cup Sprint.  Open to both male and female horses three and above, Runhappy, trained by Maria Borelli, will return to try and win the crown he won last year.

Arguably the Breeders’ Cup World Championships most hotly-anticipated race, the Mile, open to the world’s best grass milers, has seen a slew of superstars claim this crown in recent years; Wise Dan’s back-to-back in 2012 and 2013, to the wonder mare Goldikova’s three-peat (2008–2010), few will look past Tepin to return to the winners’ circle after success in 2015.

Contested by two-year-old geldings, this too has been a mainstay of the Breeders’ Cup since it came to fruition in 1984. Over the years, this race has been a preview of the following year’s Triple Crown™ contenders, with last year’s winner Nyquist going on to win the 2016 Kentucky Derby®. 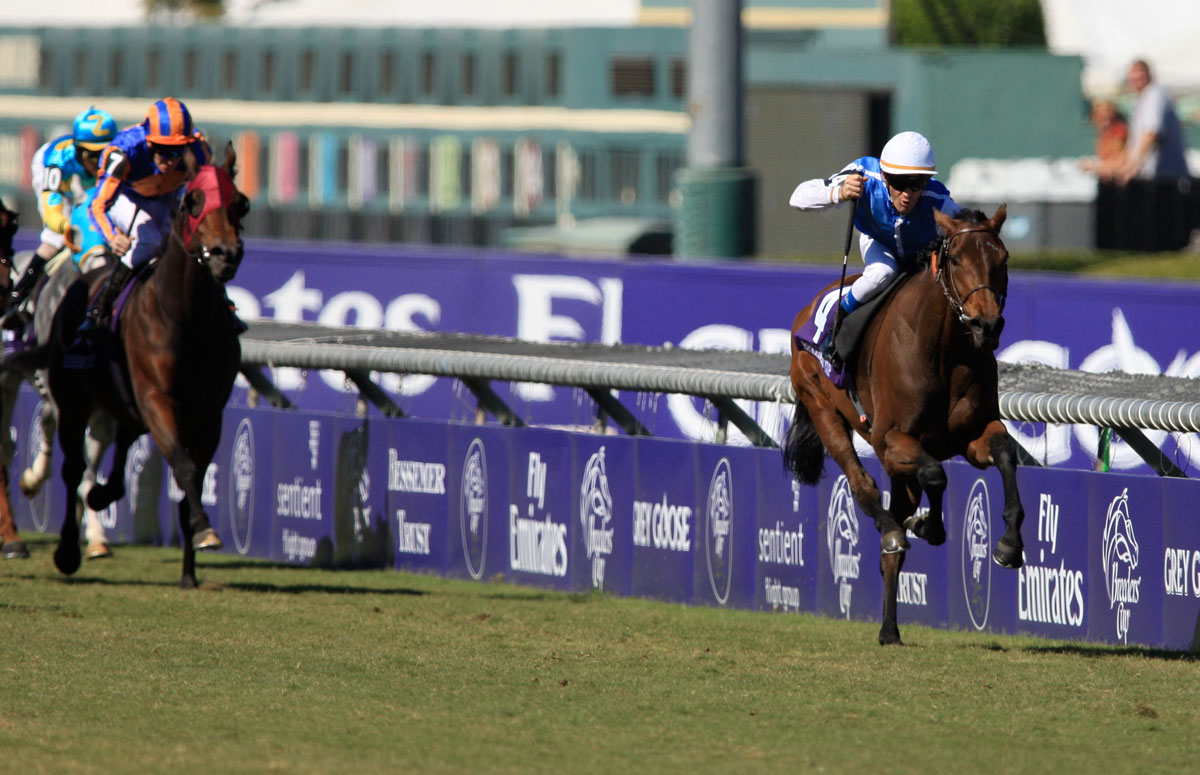 Second only to the Classic in prize money ($4 million), this is another race where European runners have flourished. Run at 1 ½ miles on the grass course at Santa Anita Park, European jockeys Ryan Moore and Frankie Dettori have both won the race four times.

Get Your Ticket Today!

The world will stop to take notice of the Breeders’ Cup when it kicks off on November 4. The unprecedented level of racing and quality on show sets its festival of racing apart. From the highest quality of international thoroughbreds to the best of the home-grown talent, the Breeders’ Cup gives race fans an unmatched experience as the drama and unpredictability of two race days unfold!