This year marks the first time in its more than thirty-year history that the Breeders’ Cup will be held in the bluegrass state of Kentucky, where the horse racing and breeding industries thrive.  The Keeneland Racecourse in beautiful Lexington will play host to the historic event, ensuring a picturesque setting for this thrilling weekend!  Entries for the Breeders’ Cup Classic on Saturday, the climax of the championship weekend, were drawn just yesterday.  Ten stunning Thoroughbreds have received their post positions for what promises to be a historic race, but only a handful have emerged as strong favorites! 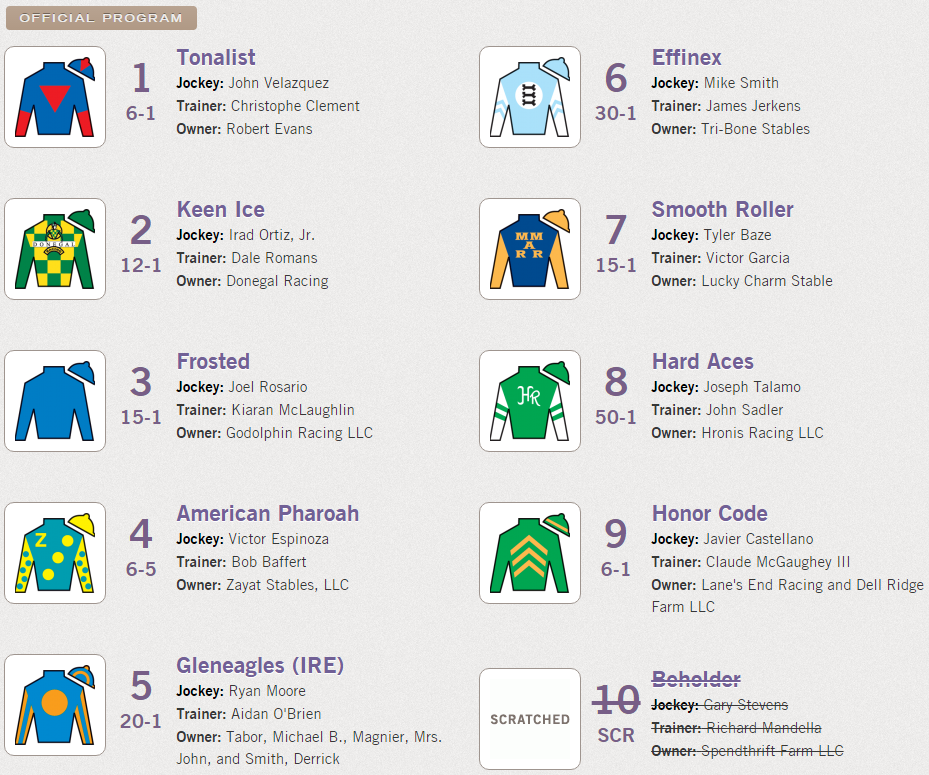 Is anyone surprised that American Pharoah is the 6-5 favorite for the Breeders’ Cup Classic?  This will be the final race for the first Triple Crown Winner in 37 years, and he has more than earned his retirement from the racetrack.  He’s won eight of his ten career starts and earned nearly $6 million for his owner, Zayat Stables.  “On Halloween night, the tour de Pharoah is over,” said his trainer, Bob Baffert, “It’s gonna be tough.”

And what a tour it’s been – American Pharoah’s illustrious career peaked in 2015 with glittering victories at the Kentucky Derby, Preakness and Belmont Stakes; he also took first in races such as the Rebel Stakes, Arkansas Derby and Haskell Invitational.  Though he was upset at Saratoga in the Travers Stakes, coming in second to Keen Ice, we don’t see that outcome clouding his performance this weekend!

Honor Code has strong ties to the Breeders’ Cup in his bloodlines: his sire, A.P. Indy, took the Breeders’ Cup in 1992 and has produced two Breeders’ Cup winners in his career as a stud.  Honor Code has already had an impressive career and is four for five when it comes to one-turn races, but it’s not insignificant to note that the Breeders’ Cup Classic boasts two turns!  Given his incredible performance in the Metropolitan Handicap at Belmont Park and the late bursts of speed that he’s known for storing up, an experienced jockey shouldn’t have a problem going the distance with him.

Honor Code just got to Kentucky yesterday and is raring to go, according to trainer Shug McGaughey.  “One day, we had to bring him in [from grazing] because he was playing and raising hell.  One day, he reared up in the shed.  Things like that I’ve never seen him do before.”  He’s been working in varied conditions, including a workout in damp weather this weekend that should prepare him in case the mild forecast for Lexington changes.  Will he be able to exhaust the competition and pull off one of his patented come-from-behind victories at the Breeders’ Cup Classic? 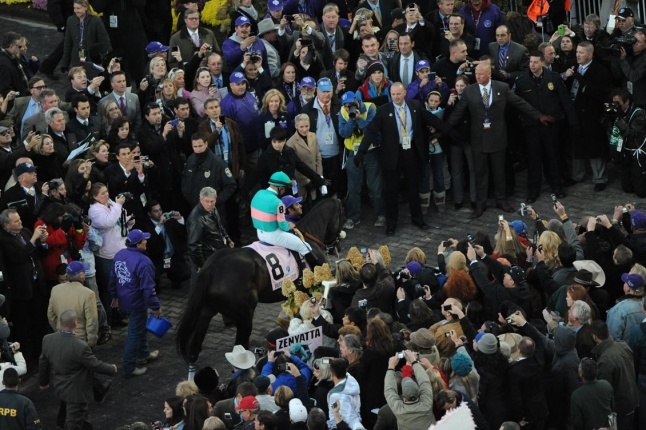 Get your name on the waiting list for exclusive 2016 Breeders’ Cup ticket packages!  Witness the thundering action of the races from your Trackside Luxury Chalet, which affords guests elevated views from the second floor.  Located in the Clubhouse turn, the Trackside Luxury Chalet includes first-class access to an all-inclusive party venue inside with a lunch buffet and a premium open bar!  With this package, you’ll also have access to the lawn and rail for added views!

Get on the Waiting List for the 2016 Breeders' Cup!