It was a day of return for the world’s most popular host in front of an expectant crowd at Del Mar. In the end, what we were given was a duel for the ages as California Chrome, the all-time winningest horse in North America, was given everything he could handle by second-favorite Dortmund, but ultimately proved his worth, winning the San Diego Handicap by a half-length.

Ridden by Victor Espinoza, the 2014 Horse of the Year was making his return to action since winning the $10 million Dubai World Cup back in late March. In front of a crowd of 21,336, Chrome broke early from the starting gate, and sat nicely in second place in the five-horse field.

Dortmund led from the front with a strong gallop in the 1 1/16-mile race, with Art Sherman’s superstar colt lurking him all the way into the home straight. Three furlongs out, Espinoza hit go and Chrome hit the front at the quarter pole. The pair remained with little between them as the race drew to a close, but a furlong out California Chrome kept his narrow advantage to the finish, prevailing by a half-length in an enthralling race.

"I saved something for the end. I knew I'd have to," Espinoza said. "I have a lot of respect for Dortmund and he made me run hard. I could see he (Dortmund) was running so hard. When we came down the stretch, I was concerned. This horse was carrying a lot of weight; that was the challenge. But he was a runner all the way today. What a terrific comeback race for him. He's back. He's such a special horse."

California Chrome’s trainer Art Sherman echoed the sentiments of Espinoza. ““They both ran terrific,” Sherman said. “Dortmund made him work for it. It’s going to be an interesting few races coming up. Dortmund is a really game horse. I think both horses needed a race and you’ll see two stronger horses coming back in the Pacific Classic.”

The 2014 Horse of the Year, California Chrome win was his 13th time in his 22-race career. Owned by Perry Martin and Taylor Made Farms, California Chrome, 5, has earned $12,652,650, a record for a North American-based Thoroughbred. 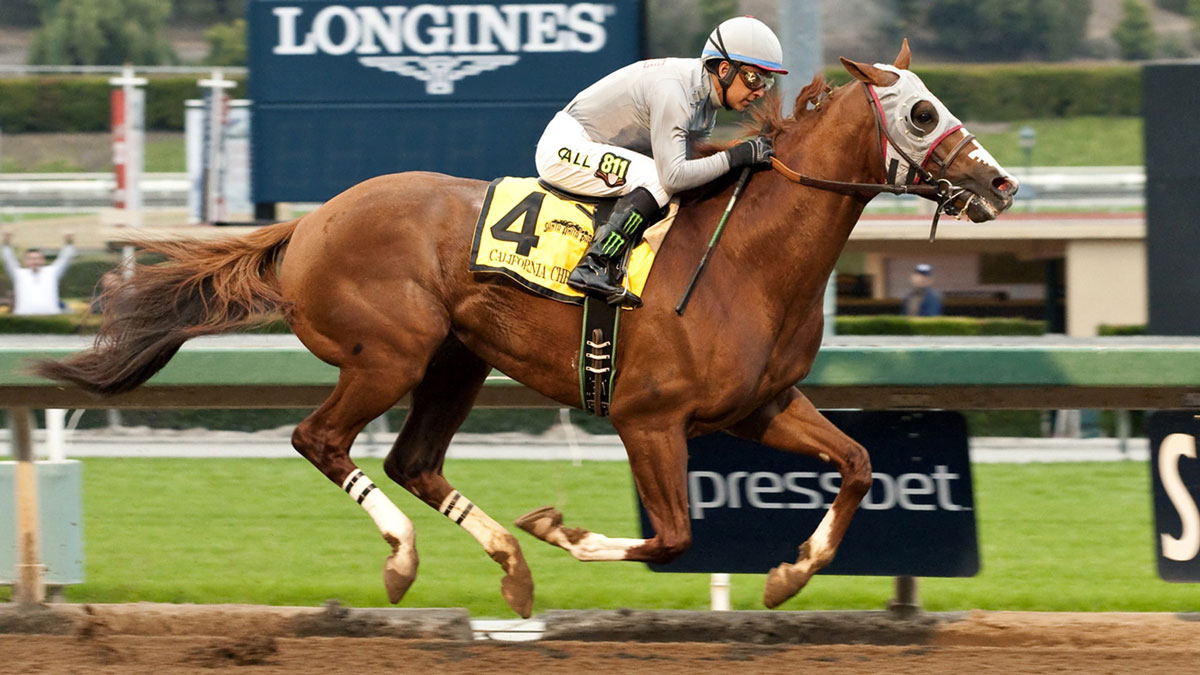 Much to the appeasement of racing fans, the duo’s tussle is just a curtain-raiser for bigger and more appetizing prizes that are on the horizon. The immediate rematch is scheduled for the $1 million Pacific Classic on August 20 again at Del Mar. The Pacific Classic will be a final fine-tuning for both before the Breeders’ Cup Classic, horse racing’s showpiece event, which is scheduled for November 5.

In what will be his swansong as the curtain is gradually drawn on California Chrome’s illustrious career, witness his assault on history at the Breeders’ Cup, which begins on November 4. Experience the all-time leading North American horse in earnings do battle with an array of international horse racing talent. In what is regarded as an ultimate test of thoroughbreds, make sure you don’t miss this by getting on board with one of our unique packages that includes private secure entrances, access to exclusive in-track hospitality party venues on race days, celebrity meet-and-greets, and more. You won’t want to miss it!