Qualifying for the Breeders’ Cup: The Panel of Experts

The excitement is stirring as the qualifying process for the 13 title races of the Breeders’ Cup World Championships is underway! With some of the highest purses in the nation just waiting to be awarded, the process in place is incredibly important to ensure only the best of the best qualify for the awards and the honors at hand.

So how are the world's best colts and fillies discovered? What or who decides who the best of the best are? Well, there are three ways to qualify for the Breeders’ Cup: the Breeders’ Cup Challenge, the Graded Stakes Points System and the Panel of Experts! 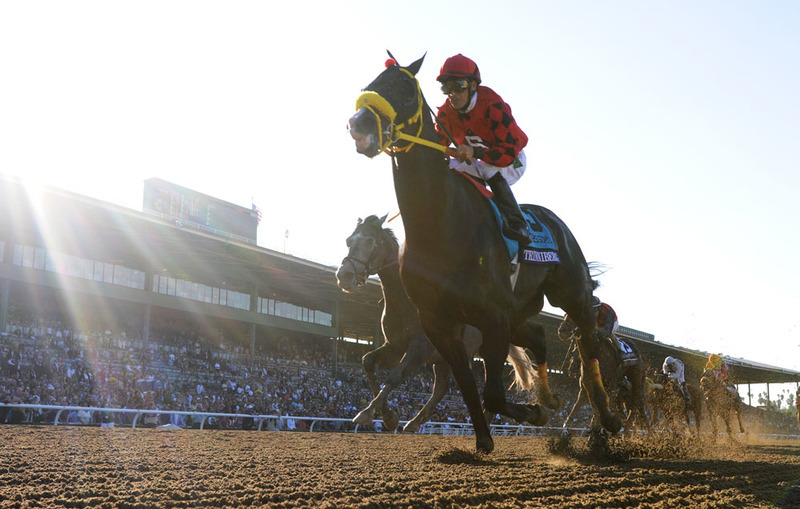 The Graded Stakes Points System is much more complex. Essentially, there are races throughout the year that are awarded grades based on their race quality, and points are then awarded for the win, place and show finishers. Then, based on points received, horses can be entered to compete in the Breeders’ Cup.

As for the Panel of Experts, that’s what you’re going to learn about now! So keep reading for details on how the Panel selects the best of the best to compete for the title of World Champion!

Qualifying via the Panel of Experts

The Panel of Experts ensures only the highest quality of competition can compete for the high stakes purses, and they do so by selecting several of their own picks to race and by managing the aspects of qualifying that cannot simply be decided by points or the Challenge Series.

As stated earlier, horses can be pre-entered to compete if they've earned enough points, but the Panel decides each horses’ rank based on prior racing history and ultimately decide which horses will race.

The exception to the amount of horses entered in the field is the Dirt Mile, as the field only holds 12 horses.

See the schedule for the 2014 Breeders’ Cup World Championships weekend»

Now that you’ve learned about all three opportunities trainers and owners have for their horse to qualify to race in the 2014 Breeders’ Cup, it’s time for you to plan your trip to watch them run for the titles LIVE at Santa Anita Park!

With Official Ticket Packages granting you access to an exclusive in-track hospitality area complete with cash or open bars, complimentary food buffets and a plethora of impressive amenities, and supplying you with seats that boast some of the best views in the stands, there is no better way to experience the “richest two days in sports!”

Additionally, since you can opt to include luxurious accommodations in Los Angeles and transportation to and from the track in your package, everything is provided for allowing you to keep your focus where it belongs - on the races.

Get more information on how you can attend the 2014 Breeders’ Cup live from Santa Anita Park today by calling 1-866-834-8663 to speak to a representative or by visiting QuintEvents website for more information.

TAKE ME TO SANTA ANITA!

Join the conversation on social media by using the hashtags #BCVIP and #BC14!