Saturday marked the end of the 2014 Breeders’ Cup World Championships, which is the last one at Santa Anita Park until 2016. The weather was perfect, the atmosphere was exhilarating, the view of the mountains and palm trees was breathtaking, and the people were more than excited to be there. QuintEvents'
Breeders’ Cup Experiences guests came prepared with Official Ticket Packages that granted them fantastic seats to watch the races and two full days of hospitality complete with complimentary food, beverages, private wagering, and TVs, giving these VIPs an unforgettable weekend! 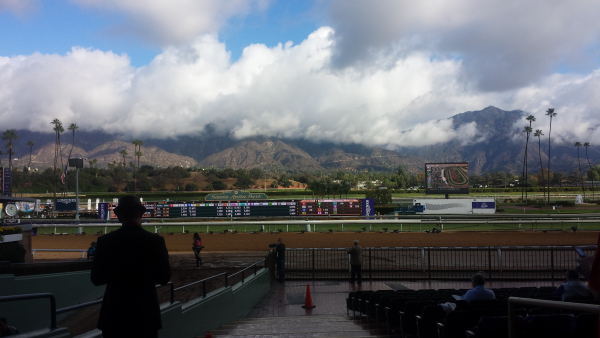 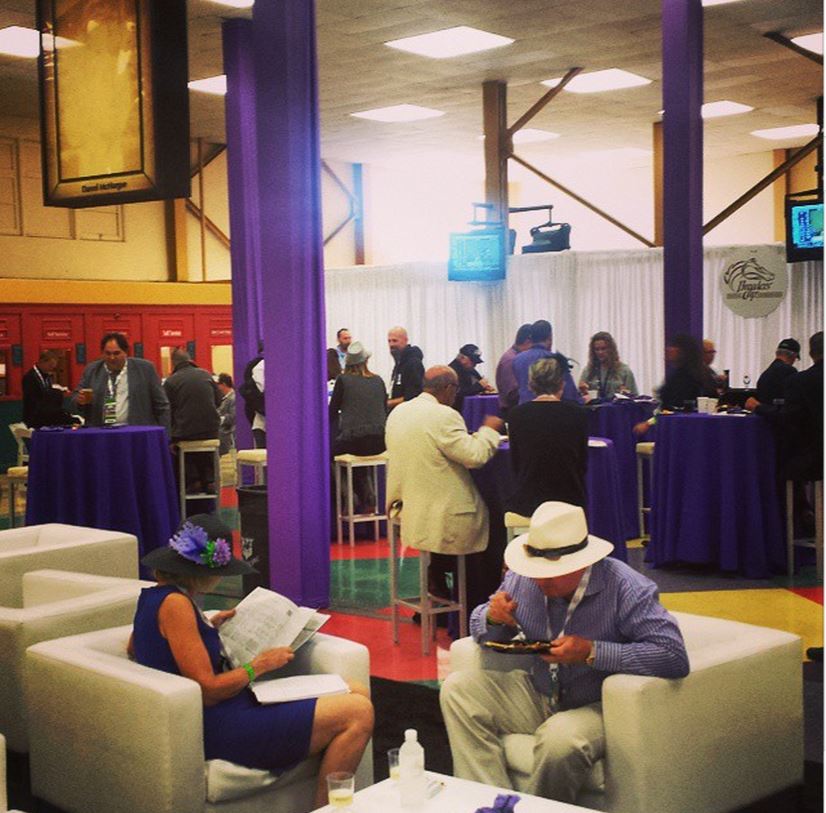 On Friday, guests were picked-up by a private bus at their perspective hotels first thing in the morning, and they were ready to go in full horse racing attire.

After an excellerated entrance through the East Gate of the track due to their VIP Fast Access Passes, guests were excited to go straight to their exclusive hospitality suites. This year not only had QuintEvents' annual To The Post Parlor Room above the Paddock, but added on spacious, bottom-floor hospitality area called the San Gabriel Lounge.

Each were unique in their own way, but both included all of the perks of being an Official Ticket Package holder. Unlike the struggle that many attendees had, Breeders’ Cup Experiences guests had no problem finding a place to sit and eat, had plenty of room to move around (Santa Anita gets croweded!), and were able to watch every race whether they were in their seat or hospitality.

Our VIPs had great views of the track from their seats, but if they wanted to come in to grab a drink and some food, or to wager during the races, they could! Hospitality had tons of seating, live TV coverage of all of the races, gourmet food and hor d’oeuvres throughout the day, private bartenders (who even brought Halloween candy for our guests), and wagering stations allowing them to skip all of the lines.

View our Breeders' Cup Album for Pictures from the Event»

During hospitality on Friday, they were given the opportunity to meet and mingle with a 2014 Breeders’ Cup Classic horse owner and trainer. With the love our VIPs have for horses, racing and the entire industry, it was an awesome inclusion. Majestic Harbor’s owner Loren Hebel-Osborne and trainer Sean McCarthy loved meeting everyone and stayed around to answer any questions, sign autographs and take pictures.

Saturday, the Breeders’ Cup World Championships most anticipated day went as expected. With all of the same perks as the previous day, our guests were comfortable getting seated and started what was an extremely intense day of racing.

While some guests couldn’t wait to get to their seats and the perfect views on the track, others came directly into hospitality to collect their picks for that day, put their wagers in and start the day with complimentary breakfast.

As the races went on, the excitement was building with more cheering and interaction both inside and outside of the hospitality areas. Race after race, guests jumped around from suite to seat, getting the best views for them to see their favorites hit the track.

Throughout the entire weekend, underdogs were coming out on top and favorites were supported enough to keep their streaks, leaving fans with a completely unknown result for every single race. The final race didn’t fail to follow in the same path as the rest.

After an undecided finish, Bayern took the Classic title, followed by Toast of New York, California Chrome, and pre-race favorite Shared Belief, leaving some of our guests shocked and many of them winners!

See the Breeders’ Cup’s full list of results below! 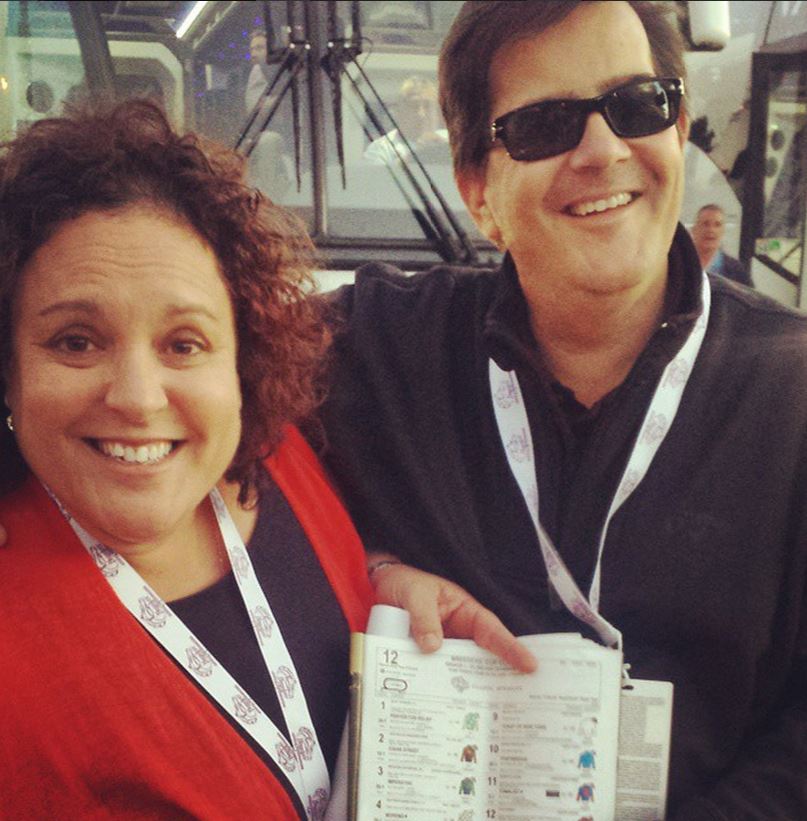 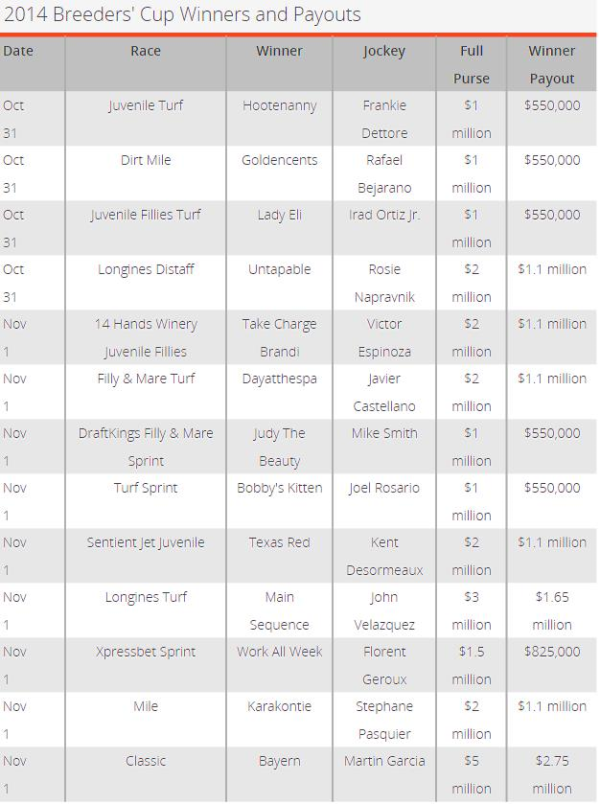 Did you miss out by not attending the 2014 Breeders' Cup? Then join all of us at QuintEvents when we travel to Keeneland for the 2015 Breeders' Cup World Championships!

Book Packages for 2015 in Keeneland!